Being waylaid when you really need to get to the toilet can be very annoying. That’s exactly the approach taken by the Bekkinakeri village council to change the entrenched habit of village elders of defecating in open fields.

Since persuasion had not worked in dissuading these recalcitrant elders, the council introduced the novel idea of a ‘Good Morning Walk’. Early in the morning, when the elders routinely set off towards the fields, pot of water in hand, they would accost them with a cheery ‘Good Morning’, thus frustrating their efforts to defecate in the open. It took up to six months of repeated ambushes before the elders finally gave up and opted to use a toilet instead.

The idea has clearly paid off. Today, Bekkinakeri village in the state of Karnataka, India is free from open defecation and has won the “Nirmal Gram Puruskar” – a national award for maintaining village hygiene. It is looked upon as a “superstar” among its neighbors for its good sanitation and easy access to water.

An arduous trek to fetch water

Situated on the border with Maharashtra, this backward village was invariably the last to receive government services, and facing an acute shortage of drinking water.

Every day, villagers had to make an arduous 2km journey to fetch clean water from a borewell outside the village. In addition to the drudgery, valuable time was lost that could have been better spent earning wages or working in the fields rather than waiting in the long queues for water, where often their turn would come the next day. Not surprisingly, people from neighboring villages refused to marry their daughters into local families.

A massive clean up

In 2006, the Karnataka government’s Jal Nirmal Project, supported by the World Bank, offered the villagers a new water supply scheme that would bring them clean drinking water at their doorstep and also improve sanitation. The project would pay the lion’s share for the infrastructure (85%), with the gram panchayat paying 5% and rest being contributed by the local community (Rs. 100 per head for each water connection).

The villagers – men, women and children - decided to use this opportunity to revamp the village completely and started a massive cleanup. To improve hygiene, they took it upon themselves to build individual toilets for each household and ban open defecation.

A tap and toilet in every home

Today, every home in Bekkinakeri has a water tap outside, with a supply of 1-2 hours of water a day. Each house also has a toilet within the premises - generally in the backyard. 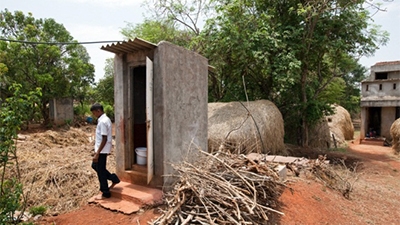 Fifteen-year-old Nagaraj Parashuram Muse tells of how he was always afraid when he stepped out into the open fields at night, petrified that he would step on a snake or be chased by stray dogs that roamed the village. Now, with a toilet in his backyard, his life has changed. He also tells of how he would sometimes have to miss school to queue up for hours to help his parents collect water from a borewell 2km away. But now they also have water at home and he dreams of studying hard and becoming an engineer when he grows up so that he can help serve his village. 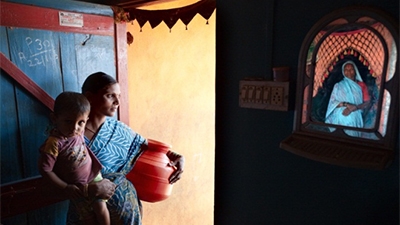 Twenty-three-year-old Geeta Bhogan, is in third trimester of her second pregnancy. She has lived in the village since her marriage four years ago into a 15-member family. She would have to go to the borewell 1-2 km away to fetch water, four other members of the family accompanying her in a bullock cart to ferry 50 pots of water (including water for five  cows/buffaloes). The men would get delayed for work in the mornings and the children fell ill often due to the quality and shortage of water. Nor did they have a toilet at home, which was particularly inconvenient for the women.. Their lives have improved significantly since the installation of the tap and toilet some three years ago.. The family paid Rs. 7000 to install the toilet. She says she feels cleaner now, “swatchhta vadthe”. She is also grateful that the “changla (good) road” that allows even an ambulance to reach her doorstep when needed.