The Challenges of Inclusive Growth in Uganda

KAMPALA, April 11, 2012 - What do a pig farmer, tailor, and student have in common? They are all hard-working Ugandans trying to attain a better quality of life from their occupations. However, their success is largely dependent on where each of them lives, what skills they have and the economic and social environment in which they operate.

Uganda remains one of the fastest growing economies in Africa, leading to a considerable reduction in poverty and a good quality of life for some. However, as one travels across the country, it becomes evident that the growth of the economy is not necessarily translated into equitable living standards.

A short distance out of the central business district of Kampala, the nation’s capital, the stark imbalances in living standards between the haves and have-nots become evident.

Godfrey Buule is a pig farmer from Bungo village, on the outskirts of Kampala. He has been trying to make a good living by rearing and selling pigs with the prospect of reaping big from pork sellers. Knowing that roasted pork is a favorite across Uganda, he was sure to make a killing. However, it has not been a rosy road.

“The maize bran (used to feed the pigs) is very expensive and it’s difficult for me to grow my own feeding alternatives,” Buule said. “I spend a lot of money to feed the pigs, but yet I sell them cheaply while those that sell the pork in the towns sell it at very high prices.”

Buule’s problem is not unique to most small scale village farmers. He cannot enjoy economies of scale, lacks capital to expand and suffers the high costs of production and poor access to markets. Buule would fare better if he sold pork from his pigs rather than the live animals.

Cissy Kiguli, 46, a matooke (green banana staple in Uganda) farmer from Mpanganti -Zirobwe in the Luwero district -- only 64 kilometers from Kampala -- has similar problems. She owns an acre of land where she grows matooke for both home consumption and commercial purposes but she says the banana wilt disease has nearly wiped out her crop. Her biggest challenge as a small scale farmer is that she hardly has any access to extension services or pesticides to protect her crop.

“We would like to get agricultural extension workers and access to pesticides and herbicides that can treat banana diseases,” she said. “Some time ago, I was told that if I find a diseased banana plant, I should cut it. One time I nearly cut down my whole garden but the disease kept spreading.”

The second challenge that Kiguli faces is inadequate labor for her farm. Her sons and daughters who would help on the farm have all migrated to the big towns and the city to work in the vibrant informal sector, especially in car repair garages. However, Kiguli believes that if enough agricultural support were available, her children would come back to help her.

“If agriculture picks up, they [her children] could come back and work on the farm because the land is available,” she says.

Buule and Kiguli’s problems point to a larger issue. Despite agriculture being the main employer of over 75 percent of Uganda’s current labor force, it has not had a transformative impact on the livelihoods of the farmers. This is because the people who are involved agriculture have not moved to higher productivity but are largely still engrossed in subsistence farming.

“Promoting Inclusive Growth: Transforming Farms, Human Capital, and Economic Geography,” a recent World Bank Study on Uganda, argues that the most important channel to transform agriculture is through getting the small farmers like Buule and Kiguli to produce for the market. Launched in March, 2012, the report focuses on how transformative innovations will bring about inclusive growth in Uganda.

Rachel Sebudde, senior economist and lead author of the report, said it is important to transform the small farmers because it is a more efficient use of resources.

“On average their yield income is three times higher than the large farms especially in the high potential areas of Western Highlands and the Victoria Crescent,” Sebudde said. “Only four percent of total agricultural output is produced by farms larger than five hectares. The World Bank’s recommendation is therefore to improve support for the farmers.”

“When we look at human capital, only 25 percent of the labor force has actually attained education or skills beyond secondary level or primary level,” she said. “And when you look forward given the population growth that we have, we see that even the interventions that are taking place will not actually be able to transform this human capital that can support the transformation process.”

This becomes clearer when you consider the story of Nassali Milly, a tailor from Kampala. She did not think it important to get a formal education since she learned how to tailor from her mother.

“I went to my mother who was already in the sewing business and she taught me,” Milly said. “When I learnt, I bought a sewing machine and started my own business. I sew school uniforms and ladies’ dresses.”

Her lack of formal education however became a hurdle when she tried to turn her business into a bigger commercial venture. “We could get bigger tenders from schools and make more uniforms but I don’t have enough capital to do all that and cannot convince financiers that I am capable of managing more resources. I pray my business expands so that I get more capital, get more people to work with so that I bring development in the area.”

The World Bank study recommends for more people like Milly to participate in the growth process, they need to be better educated and skilled. In the human capital development agenda, the efforts being undertaken by government notwithstanding, the first point of action is still ensuring quality and full participation and completion of primary school. More transition to secondary and appropriate skilling will support the transformation of the economy.

The inclusive growth study also looked at the impact of geography, and how location in Uganda affects productivity. Currently, 80 percent of the labor force is rural-based and yet 90 percent of the production takes place in the urban areas. This presents a mismatch between the centers of economic activity and the location of labor.

Solomon Lubwama, a student in Zirobwe village, Luwero District, highlights why location matters. “When I grow older, I want to live in the city because it is where you find good health facilities, education …. I want to be an engineer who fixes people’s motor cars and boats.”

His aspirations resonate with the millions of unemployed youth that come to the city in search of a better quality life. “I want to finish my studies in a school better than the one I have been in because there in my former school, there is insufficient science equipment and when it’s there it is obsolete.”

The World Bank study emphasized that prioritization of infrastructure, equal access to social services, appropriate land use and marketability and special interventions will be critical for inclusive growth in Uganda.

“It would be more efficient for the authorities to provide the support that will facilitate the integration between lagging and leading areas through connective infrastructure and the development of mobile assets,” Sebudde said, such as education and health. “Policymakers would therefore need to be bold to make the necessary trade-offs to make growth inclusive, through faster growth and structural transformation than equalization across locations.”

Shanta Devarajan, World Bank chief economist for Africa, said it is “absolutely critical” for the country to focus on inclusive growth.

“First, Uganda has been experiencing relatively rapid economic growth and poverty has been declining but is not declining fast enough,” he said. “Secondly, the evidences that the countries that are more equal actually grow faster so Uganda may be able to increase its growth rate by focusing on inclusiveness of the growth process. And third but maybe most importantly, Uganda is about to become an oil producer and the experience of mineral rich countries, oil producing countries is that when oil rents are concentrated in one group, particularly the government, it is very hard for that growth to be inclusive.”

Moustapha Ndiaye, World Bank Uganda country manager, expressed hope that Uganda can attain this great feat if only it keeps its focus in the right place.

“If Uganda pursues a steady course of supporting the drivers of transformation, it could reach its ambitious target of attaining rapid growth to get to middle income status while promoting more inclusive development. Economic transformation takes time, but policy makers need to focus on those drivers that can help accelerate the process of transformation.” 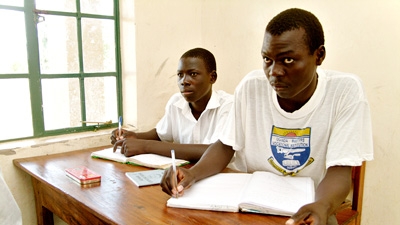