The World Bank Group and other members of the diplomatic community are pledging to pursue programs, policies, and projects aimed at advancing environmental quality, economic vitality, and social equity in the District of Columbia.

Inside its Washington, D.C., headquarters, the World Bank Group aims to live its sustainable development mission.

The Bank, the third-largest employer in the District of Columbia, has a large physical presence in the city, with offices spread across four owned building and several leased facilities in the downtown core. It also has robust programs targeting energy use and waste to keep the environmental footprint of all those buildings in check.

World Bank Group President Robert Zoellick has now taken the Bank’s efforts a step farther by putting its promise to pursue principles of sustainability to paper.

Zoellick recently signed a copy of the District of Columbia’s Environmental Performance, Climate, and Sustainability Pledge. The commemorative copy of the pledge, also signed by D.C. Mayor Vincent Gray, was posted prominently this week inside the Bank’s headquarters.

The pledge calls on the Diplomatic Missions and International Institutions in the District to commit to efforts that will advance a number of specific goals outlined in the document — all aimed at promoting sustainability practices, demonstrating environmental leadership, and supporting the District's own efforts.

It is part of an ambitious program to strengthen the sustainability focus of the city. Over the past few years, the D.C. Greening Embassies Forum, led by the U.S. State Department, has coordinated numerous sustainability events and workshops to support the diplomatic community and the District. More than 40 Washington-based diplomatic missions have signed the pledge.

“The World Bank Group is proud that it is already doing almost all of what is addressed in the document,” said Hartwig Schafer, director for Strategy and Operations, Sustainable Development, at the World Bank.

“Signing the Pledge offered us an opportunity to showcase the partnership with the city of Washington and the D.C.-based international community in efforts to decrease corporate environmental footprint and improve sustainability reporting,” Schafer said. “We believe that managing and reducing our environmental impact is essential to sustainable development and to good business.” 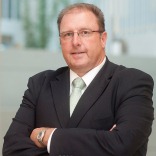 On the facilities side, two World Bank-owned buildings have earned the U.S. Green Building Council’s Leadership in Energy and Environment Design (LEED) Gold certification, and another has earned LEED Platinum Certification for Core and Shell. IFC’s D.C. office was awarded the LEED Platinum certification in 2010, making it the first in the District to receive the Platinum rating and the second nationwide under the latest version of LEED for existing buildings.

The World Bank Group also measures, manages, reduces, offsets, and reports on the greenhouse gas emissions associated with its global facilities, major meetings, and business air travel of its staff.

The Bank Group has been carbon neutral in terms of its D.C. facilities and travel since 2006 and globally since 2009 and has implemented a variety of carbon-reducing strategies. For example:

The World Bank Group’s recent two major purchases for its D.C. facilities – paper and computers – included sustainability criteria, which are providing additional benefits: the purchase of energy efficient personal computers is expected to save the World Bank around $1.25 million in energy costs over their lifetime.

The World Bank Group sees its corporate efforts and leadership in sustainability reporting as directly supporting transparency and public disclosure of information. In 2009, the World Bank Group became the first multilateral development bank to report its greenhouse gas emissions in the Carbon Disclosure Project, the world’s largest database of primary corporate information on climate change.

The Bank regularly reports according to international standards, including among others, the Global Reporting Initiative (GRI) and the United Nations' Greening the Blue initiative. In 2010, the IFC won the D.C. Mayor's Environmental Excellence Award for Outstanding Achievement by a Large Business from the District’s Department of the Environment. This award recognizes companies for environmental stewardship, innovative best practices, pollution prevention and resource conservation.

Through all these efforts, the World Bank Group aims to strengthen environmental awareness among its staff, clients, partners, and vendors and to be an environmentally responsible neighbor and good citizen in Washington and globally.