More than 32,000 micro-finance loans have been dispersed in rural Mongolia benefiting 150,000 people.

Since the early 1990s, there has been a widening disparity between poverty levels in Mongolia’s urban and rural areas. Even though Mongolia is experiencing a steady increase in rural to urban population movement, over 40 per cent of Mongolians still live in rural areas.

An anti-poverty strategy was needed that promoted and supported secure and sustainable development for people living in Mongolia’s rural areas.

To enhance livelihood security and sustainability the Government of Mongolia with support from the World Bank and partners, introduced a number of strategies within the Sustainable Livelihoods Program (SLP). The SLP was designed as a three phase, twelve-year-long program. Currently in its second phase, the program aims to reduce poverty by reducing the vulnerability of communities. The SLP is made up of four main areas: 1) pastoral risk management 2) community initiatives 3) microfinance outreach and 4) capacity building and project management. It is implemented by a central Sustainable Livelihoods Project Office, with sub-offices in each relevant aimag and soum (district) throughout the country.

SLP1 ran from 2001-2007. Within the pastoral risk management component:

- More than 36,000 herder families have improved their pastoral management skills.

- 483 wells in pasture areas and 153 wells in soum centers for human consumption have been rehabilitated.

Within the microfinance outreach component:

- More than 32,000 loans have been disbursed by banks and non-bank financial institutions. Almost half of the microfinance loans have gone to households under the poverty line.

- More than 150,000 Mongolians are benefitting either directly or indirectly from these loans.

Within the community initiatives component:

- 143 rural communities (with populations between 1,500 to 12,000 people) have had small but vital infrastructure projects upgraded and paid for.

- 827 projects in pastureland management have also been initiated by community members as well as 3,331 projects in infrastructure development.

- 1,088 hospitals and 478 dormitories have been upgraded and funded, with roofs repaired and new sheets and equipment funded.

The total cost of the first phase of the Sustainable Livelihoods Program was US$25.3 million, of which IDA financed US$21.9 million and the government financed US$3.4 million.

An IDA credit of US$20 million and an IDA grant of US$13.5 million will cover $33.5 million of the projected US$55 million cost of the second phase -Sustainable Livelihoods Program. In addition to IDA, the SLP is a co-funded by the European Union ($13 million) and the Japanese Government ($ 3.905 million)

The project has three phases, with the second phase currently underway from 2008 until 2010.

The global economic crisis has had a major impact on Mongolia and on the effort to promote sustainable livelihoods. The largest impact has been felt by the Microfinance Development Fund (MDF)—loans all but stopped after October 2008 since few lending institutions can meet the eligibility criteria for financial performance and rural demand has dried up. Discussions are advanced with the European Commission (EC) and the International Fund for Agricultural Development to channel resources through MDF to develop new financial products specifically targeted at groups hit hard by the economic crisis, including herders. Scaling up of Pastoral Risk Management and the Community Initiatives Fund is being accelerated to get more resources to communities in 2009. This will stimulate local economies by creating jobs and supporting local construction industries.

The key challenge for Sustainable Livelihoods Project II is to institutionalize the approaches now being rolled out nationwide. 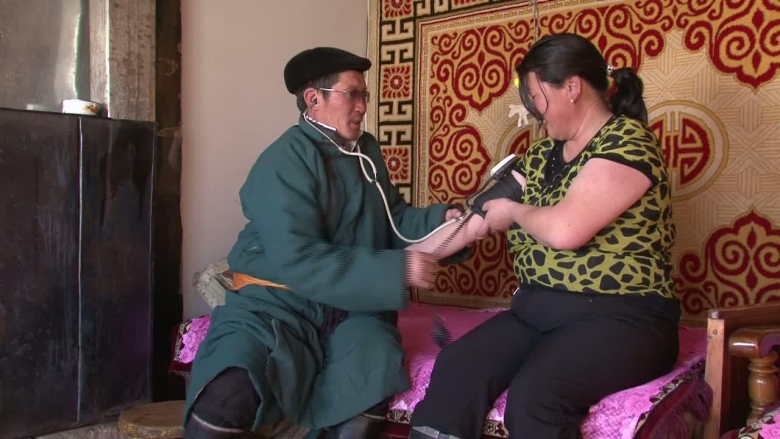