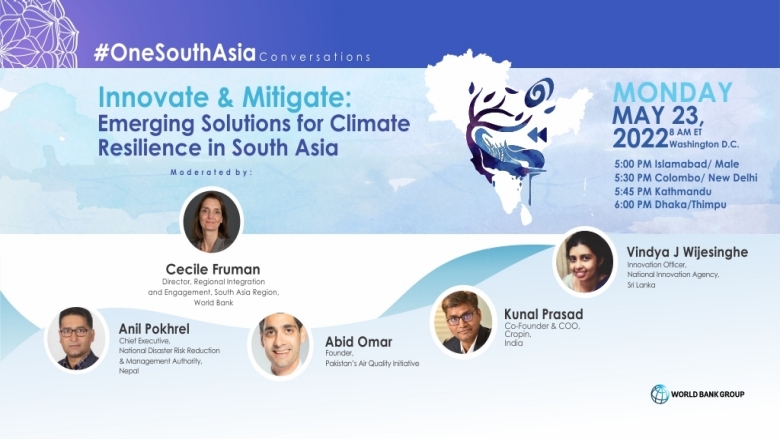 JOIN US ON MONDAY, MAY 23, 8 AM ET TO EXPLORE INNOVATIVE SOLUTIONS FOR BUILDING CLIMATE RESILIENCE IN SOUTH ASIA.  This event does not require pre-registration, just visit the event page for the live stream.