Pushing for Impact: Learning from Policy, Program and Workplace Innovations on Gender Based Violence 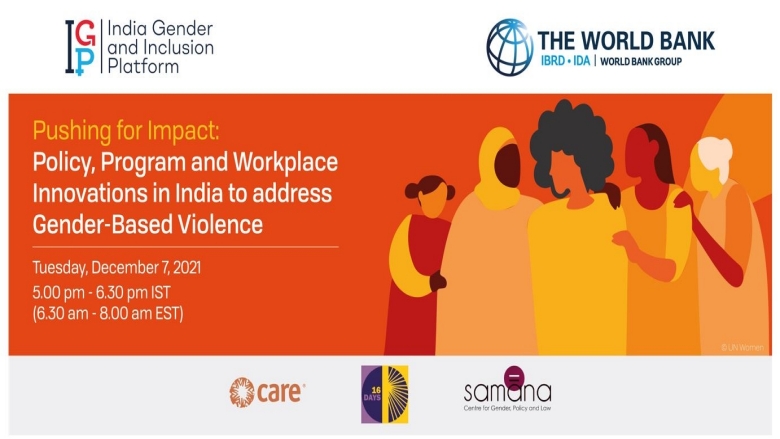 Every year we at World Bank India lend our solidarity to 16 days of Activism Against Gender-Based Violence campaign by celebrating our good work but also pushing ourselves harder to do more on Gender Based Violence. Violence against women and girls is unacceptable as it denies them a life of dignity and self-worth. It also denies them the right to contribute to and benefit fully from the development of their communities and countries. We know that even before the pandemic triggered its own set of gendered impacts, millions of women and girls in India faced violence and according to the National Commission for Women this has increase 2.5 times during the Covid 19 lockdowns.

We are also looking at possible risk of girls not returning to schools. This will not only be a huge loss to our work on girl child education, but also potentially expose girls to gender-based violence in their homes and communities and set new boundaries to their ability to participate in the labour force. The only way forward is for us to take these issues head-on and resurge with more strategic and effective responses to addressing GBV.