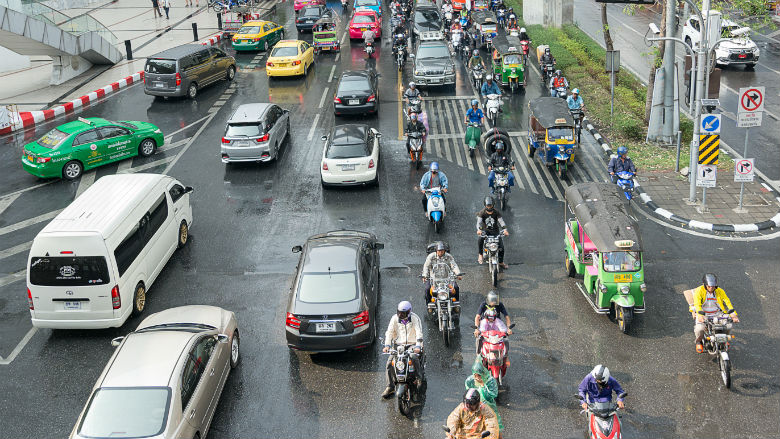 Despite facing with air pollution caused by traffic congestion that is ranked top ten in the world, the Thai government launched a tax refund policy for first time car buyers between September 16, 2011 and December 31, 2012 aiming to give an opportunity to low-to-middle income people to own their first car with discounted price and stimulate economic growth. Although past studies evaluated the impact of the program on several aspects, the environment aspect has been ignored.

The objective of this study is therefore to evaluate the impact of the first-time car buyer program on environmental cost of air pollution in Bangkok using hourly air pollution records from monitoring stations for five major pollutants and the happiness data. The article finds that the program increased the levels of air pollution. Using the estimated willingness to pay for a unit reduction of each pollutant, this study reveals that the value of total environmental cost generated from the program is approximately equal to $6.173 billion dollars annually.