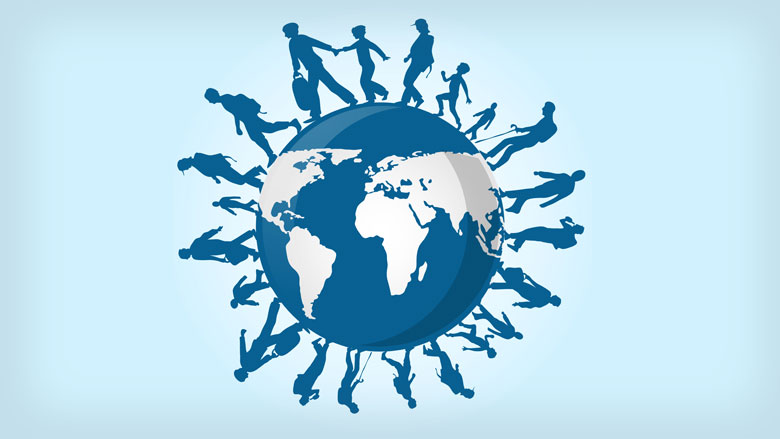 Large movements of refugees and migrants demand more concerted action from the international community than ever before. The news cycle brought renewed attention to the challenge last year, shocking the world by images of thousands fleeing the conflict in Syria and scrambling for safety on European shores.

Yet forced displacement is but one aspect of a much more complex phenomenon – migration. People do not leave their countries because of a sudden impulse but because of deeply rooted causes that cannot be limited to conflict and violence. Those causes encompass economic and social development, climate change, and the demographic crisis.

Migration can be harnessed for the sake of development and progress. Transcending one current paradigm, this debate will attempt to focus not only on the “why” behind large movements of people to address the root causes, but also the “why not” as it contemplates consequences and responses that will have to span prevention, mitigation and accommodation.

The Move4Dev conference follows several high-profile initiatives in response to global refugee and migrant crises, which culminated in the adoption of the New York Declaration at the UN General Assembly in September. It follows up on the established framework for EC-WBG Collaboration in Situations Affected by Fragility, Conflict and Violence. Last but not least, it builds on strategic priorities which EU leaders set out in the migration agenda which Slovakia’s Presidency of the Council of the European Union seeks to leverage. It also embraces the EIB’s new initiatives outside the EU.

The event aims to foster multilateralism by seeking joint commitment on the part of leading stakeholders to deliver the commitments adopted in the New York Declaration defined at the UN GA in September. Bringing together the United Nations, the World Bank Group, the European Investment Bank and the European Commission alongside the private sector, civil society and academia, Move4Dev will seek to identify synergies in order to operationalize the two Global Compacts on migrants and refugees.

Slovakia Presidency of the Council of the EU
Ms. Kristina Mikulova, kmikulova@worldbank.org