A Tale of Two Crises: Iceland and Greece
May 3, 2016Washington, DC 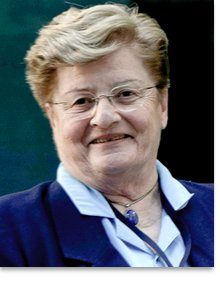 Anne Krueger is the Senior Research Professor of International Economics at the School for Advanced International Studies, Johns Hopkins University. She is also a Senior Fellow of Center for International Development (of which she was the founding Director) and the Herald L. and Caroline Ritch Emeritus Professor of Sciences and Humanities in the Economics Department at Stanford University. Anne Krueger was First Deputy Managing Director of the International Monetary Fund from 2001 to 2006. Prior to that, she had taught at Stanford and Duke Universities. From 1982 to 1986, she was Vice President for Economics and Research at the World Bank. She had earlier been Professor of Economics at the University of Minnesota. Professor Krueger is a Distinguished Fellow and past President of the American Economic Association, a Senior Research Fellow of the National Bureau of Economic Research, and a member of the National Academy of Sciences, the American Academy of Arts and Sciences, the Econometric Society, and the American Philosophical Society. She has published extensively on economic development, international trade and finance and economic policy reform. In addition to her writings on these topics, she has written a number of books and articles on India, South Korea, and Turkey within her areas of expertise.

For very different reasons, Greece and Iceland had major financial crises in the past ten years. The contrasts in origins of the crises, and in reform measures taken, provide important lessons for future crisis stricken countries and for the international community.