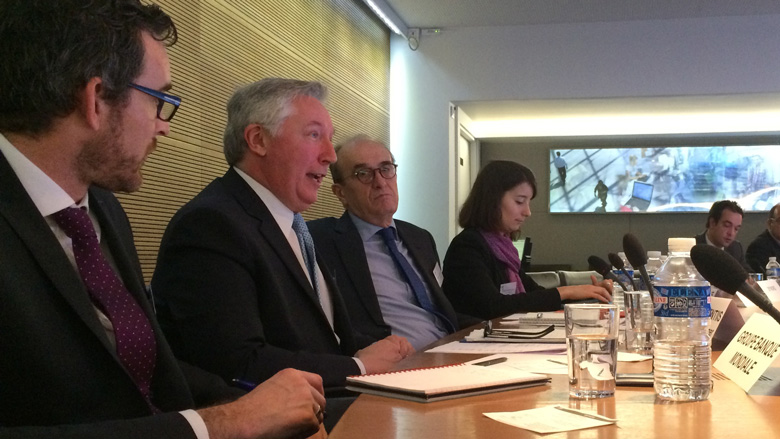 Enzo de Laurentiis, World Bank Procurement Manager, gave an update on the new World Bank Procurement Framework to some 45 French companies at the MEDEF on March 9, 2016, at the invitation of PSLO for France Philippe Gautier. Ahead of the framework’s implementation starting July 2016, Mr. de Laurentiis highlighted some of the key features of the new framework (which will be effective July 1, 2016), including value-for-money as the overriding objective, alternative procurement arrangements, hands-on implementation support to Borrowers, contract management, and an enhanced complaints handling system. He also addressed company questions and concerns on harmonizing procurement practices with other MDBs, procurement selection methods, payments, and the complaints mechanism.