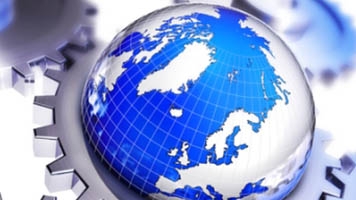 Speaker: David Lagakos is an Assistant Professor of Economics at the University of California, San Diego, and a faculty research fellow at the National Bureau of Economic Research. More »

Abstract: How do average hours worked vary with income per capita? Using international household survey data, we document that average hours worked per adult are substantially higher in poor countries than in rich countries. This pattern is shaped by differences along both the extensive margin (employment rates) and intensive margin (hours per employed). Employment rates are decreasing and convex in income per capita, while hours per employed are hump-shaped in income per capita. We explain these facts using a simple model with subsistence needs in preferences and heterogeneity in the cost of supplying labor across individuals. Countries differ only by aggregate productivity. The model predicts that as aggregate productivity falls and consumption nears the subsistence level, individuals with high costs of supplying labor become employed but supply relatively few hours. This leads to employment rates that are convex and decreasing in income, and hours worked per employed that are hump-shaped in income, as in the data. An implication of our model and empirical findings is that welfare differences across countries are substantially larger than suggested by income differences.

The Macro, Trade, and Finance Seminar Series is a weekly series hosted by the World Bank's research department. The series invites leading researchers from the fields of macroeconomics, growth, trade, international integration, and finance to present the results of their most recent research in a seminar format. The full list of seminars can be viewed here.