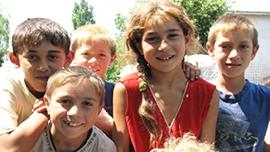 Inclusion of the Roma, Europe’s largest, poorest and most disenfranchised ethnic minority, is not only an ethical imperative, but also smart economics for the rapidly aging countries of Eastern Europe, as well as core to the World Bank’s efforts to operationalize the twin goals of eradicating extreme poverty and promoting shared prosperity in the region.

From 22 December, 2014 to 16 January, 2015, the World Bank consulted with key stakeholders on a report called Equality of Opportunity: A Fair Chance For Marginalized Roma. The objectives of this study are to consolidate existing knowledge on barriers to Roma inclusion, and promote awareness of good practices of social inclusion, with a view to informing European institutions and national governments.

The unifying framework of the report is centered around the notion of promoting equality of opportunity and on the set of policies that could level the playing field between Roma and non-Roma. As such, the report has a strong emphasis on the next generation and on the development of inclusive education policies as a key instrument to change the opportunity set of Roma children. At the same time, the focus on children is not exclusive, as children are the “entry point” for a set of integrated policies aimed at improving household circumstances, through promoting access to productive employment and upgrading living conditions.

Comments and feedback were received to help ensure that the voices of a broad set of stakeholders were heard. We invited government agencies, civil society, Roma and non-Roma organizations, regional and local authorities, international organizations and academia to provide feedback on the report. The consultation period was from 22 December, 2014 to 16 January, 2015 (closing at midnight Central European Time).

To facilitate the exchange of views, the World Bank team also hosted an online Q&A on 13 January, 2015 from 9.30am to 10.30 am (EST). To see the discussion, please visit: https://live.worldbank.org/live-chat-equal-opportunity-for-roma