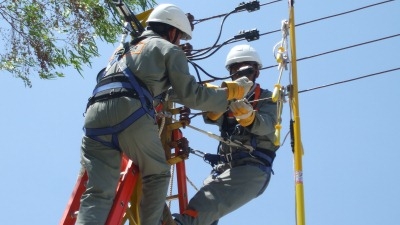 Lebanon’s energy sector is in dire straits and politicians are scrambling to find a solution to a crisis. To this end, Parliament’s energy committee sought the World Bank Group’s technical support during a workshop at the House on June 23-24.

“Today, 65% of household electricity expenditure is on highly priced private generation. Access to more reliable and affordable electricity will allow Lebanese households to spend more of their hard earned money on education, health and on their children’s future”, Ferid Belhaj, Director of the Mashreq Department at the World Bank, told the workshop. Husam Beides, World Bank Lead Energy Specialist, noted that public spending on the energy sector is estimated at 15% of GDP, with Government subsidies to the electricity authority now estimated at US$2.2 billion per year.