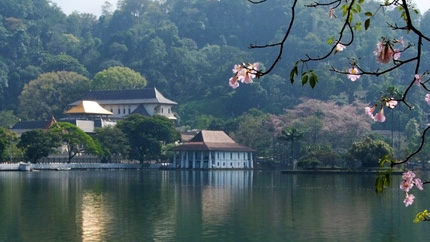 Since the turn of the century, the number of people living in South Asia’s towns and cities has increased by about 130 million. The productivity benefits associated with this increasingly large urban population have played an important role in the impressive progress that the region has made towards higher levels of prosperity. The United Nations has projected that the region will urbanize rapidly, and by 2030, an additional 315 million South Asians will call cities their home.

Given the magnitude of the urbanization process, South Asian cities will have tremendous opportunities for economic and social development. At the same time, the cities will face unprecedented policy challenges with the pressures on land and housing as well as the infrastructure underlying the supply of basic urban services, leading to a rapid deterioration in a quality of life for their citizens. Many of the challenges of urbanization, which are shared across the region, are evident in the informal settlements, haphazard sprawl and deteriorating levels of urban infrastructure, characteristic of South Asia’s urban landscape. It is anticipated that the continuous urbanization in South Asia will inevitably intensify these challenges.

On the other hand, urbanization presents South Asian countries with the opportunity to transform their cities and economies; and in so doing, reach the upper echelons of development in terms of both prosperity and livability. And while many South Asian countries are keen to leverage on urbanization to transform their cities, this involves undertaking difficult and appropriate policy reforms to alleviate both current and future pressures, and facilitates the exploitation of agglomeration economies.

South Asia Regional Workshop on “Managing Urban Transformation” is a platform for high-level policymakers and senior practitioners in South Asia to build and share knowledge on urban challenges faced in a city and how they have been addressed. The two-day intensive workshop will draw on the experiences of cities across the regions, and draw out critical elements needed for successful city management and explore how institutional settings are used to help transform cities.  Most importantly, this year this event will be held in part as a “Mayors Forum” to strengthen the dialogue amongst mayors from the South and East Asia regions, which will serve as a collaborative network of mayors and urban practitioners.

Strong leadership is and will remain the key to manage urban transformation beneficial to all people without compromising the protection of the environment and societal needs.