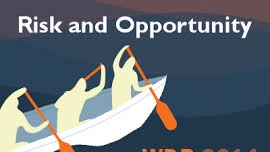 Seminar on Hardship and Vulnerability in the Pacific
March 11, 2014University of the South Pacific, Suva, Fiji
The primary objectives of the Seminar are to present the World Bank's global World Development Report 2014 "Risk and Opportunity: Managing Risk for Development" and a companion report "Hardship and Vulnerability in the Pacific". It will discuss the solid empirical evidence of hardship, vulnerability to shocks, and risk management in the Pacific region and how this compares to countries in other regions; and provoke a debate on the responses governments and stakeholders in the region should take to help households manage risks to their well being.

Over 20 percent of people in Pacific Island Countries live in hardship, meaning they are unable to meet their basic needs. For those not living in hardship, many remain vulnerable, with the region’s highest inequality found in Fiji, Solomon Islands and Papua New Guinea. Increasing risks from natural and economic shocks may also mean traditional safety nets are now less effective than in the past.

This discussion brings together a group of leading economists to launch the World Bank's flagship publication, the global World Development Report for 2014, "Risk and Opportunity: Managing Risk for Development" and its companion piece "Hardship and Vulnerability in the Pacific."

The first regional study of its kind in a decade, the Hardship and Vulnerability report provides a comprehensive analysis of how hardship and vulnerability are manifested in the Pacific, and, drawing on solid empirical evidence, discusses the types of risk households are facing. Together, these reports set out global trends and comparisons, and put the most pressing risks for Pacific Islanders in context.

The presenters will explore a number of critical questions including: the nature of risks faced by Pacific Islanders, ranging from natural disasters to climate change and economic shocks; the changing dynamics of hardship and inequality in the region; the impacts of education, work status, gender, age and other factors on household vulnerability; and the role of governments, as well as traditional safety nets, in reducing hardship and managing risk.

RSVP: We need to confirm numbers by 5pm Friday, 7 March. Please email us at sevans4@worldbank.org, to register your attendance. As this is a catered event, please only RSVP if your attendance is assured.

Professor Vijay Naidu, Head of the School of Governance, Development and International Affairs at the University of the South Pacific

Professor Naidu was born and educated in Fiji and the United Kingdom. He is currently Professor and Director of Development Studies, and Head of the School of Government, Development and International Affairs (SGDIA), Faculty of Business and Economics at the University of the South Pacific (USP). From 2003 to 2006, he was Professor and Director of Development Studies in the School of Geography, Environment and Earth Sciences, Faculty of Science at the Victoria University of Wellington (VUW). Prior to taking up the VUW Chair, he had served in various senior positions at USP. He has researched and published, individually and jointly, 6 books and monographs, 18 reports, 80 papers and has presented more than 100 conference papers on aid, economic growth and development, ethnicity and racism, higher education, electoral politics, land tenure, the Millennium Development Goals (MDGs), migration, the post-colonial state, poverty and poverty reduction, child sexual abuse and the commercial sexual exploitation of children, small island states and globalisation, social protection and human security.

Truman Packard, Lead Economist at the World Bank Group
Trained as a labor economist, Truman's work has focused primarily on the impact of social insurance - including pensions, unemployment insurance, disability benefits, and financial protection from adverse health events - on household labor supply decisions, saving behavior and risk management. Truman has been a part of World Bank teams providing lending and analytical assistance to governments seeking to improve the coverage and efficiency of education, health and social protection systems in Latin America and the Caribbean, Central and Eastern Europe, and East Asia and the Pacific Island countries. He also served as Deputy Director of the World Development Report 2009 "Reshaping Economic Geography", and is a member of the Bank's Safety Nets Global Expert Team. Truman holds a Ph.D. in Economics from the University of Oxford in the United Kingdom.

Cesar Calderon, Senior Economist at the Chief Economist Office of the Finance and Private Sector Development Network at the World Bank

Cesar holds an M.A. and a Ph.D. in Economics from the University of Rochester. Before joining the Bank, he was a Senior Economist at the Research Department of the Central Bank of Chile. He has worked on issues of growth and development—especially, the impact of infrastructure development and outward-oriented strategies. He is currently working on issues of dynamics of capital flows and their link to credit booms and busts, and the role of the State in financial markets. He is part of the core team of the 2014 World Development Report.