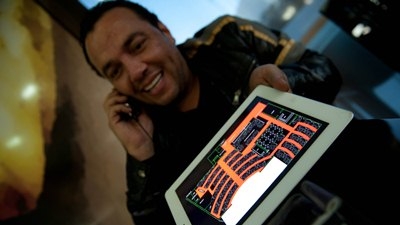 Accelerating High-Speed Internet Access in the Arab World
February 6, 2014Abu Dhabi, UAE
On February 6, 2014, the World Bank will launch a new report “Broadband Networks in the Middle East and North Africa: Accelerating High Speed Internet Access," at an event hosted by the UAE Telecommunications Regulatory Authority in Abu Dhabi. Public and the private sector experts will discuss the challenges and solutions for improving internet access in the region.

Many of the countries in the Middle East and North Africa region (MENA) now recognize that broadband Internet is crucial to their efforts to reduce poverty and create job opportunities, especially for their young populations and for women. The report re-emphasizes the important contribution that broadband Internet can make and assesses the status of existing infrastructure in at least 18 MENA countries. While there is significant potential across the region, however, the take-up of broadband Internet has been slow, and the price of broadband service is high in many countries. The report finds that there are gaps in infrastructure regionally with no connectivity between neighboring countries in some cases. Similarly, there are gaps within countries exacerbating the (digital) divide between rural and urban areas. The report examines the regulatory and market bottlenecks that are hampering the growth of the Internet in these and other MENA countries: the five North African countries (Algeria, Egypt, Morocco, Libya, Tunisia); the six Mashreq countries (the Islamic Republic of Iran, Iraq, Jordan, Lebanon, Syria, and the West Bank and Gaza economy); the six Gulf countries (Bahrain, Kuwait, Oman, Qatar, Saudi Arabia, the United Arab Emirates); and Djibouti and the Republic of Yemen. The report provides policy and regulatory options for increasing effective use of existing fixed and mobile infrastructure as well as alternative infrastructure networks such as power grids and railroads. It highlights the need to foster competitive behavior among service providers to bring down prices and stimulate the demand for value-added services to drive future broadband development.

How important is High Speed Internet in the Arab World?