Zimbabwe Economic Update: The State in the Economy 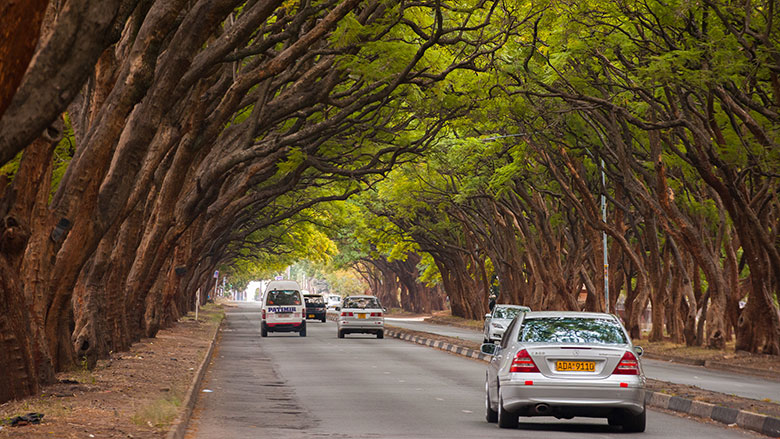 HARARE, June 21, 2017—Fiscal imbalances lie at the core of Zimbabwe’s ongoing financial crisis: the central government’s fiscal cash deficit moved to 10% of GDP in 2016, up from 2.3% the previous year. The deficit was largely financed from domestic financial markets as external arrears prevented Zimbabwe from gaining access to international capital markets. Cash shortages followed, financing for imports dried up, and the current account deficit narrowed dramatically.

The fiscal expansion in 2015/16 boosted short-term growth but depleted resources to support long-term development. Growth remained positive in 2016 at 0.7% and is set to rebound to 2.8% in 2017. However, cash shortages are projected to depress Zimbabwe’s medium-term growth prospects as they limit investment for an ongoing structural transformation. Growth rates for 2018/19 are being revised down to less than 1 percent, sharply negative in per capita income terms. 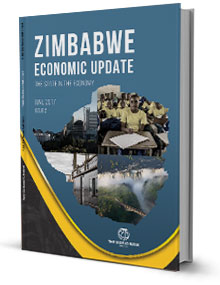 Zimbabwe Economic Update: The State in the Economy
Economic growth fell from 1.4 percent in 2015 to 0.7 percent in 2016, though growth should recover in 2017 because of good rains. The country’s public sector spending is high compared to other countries of similar income and size.

Fiscal adjustment is key to growth but complicated by the absence of consolidated public accounts. The size of the public sector is difficult to determine, precisely. A conservative estimate puts total public spending—including expenditures by the central government, local authorities, and state-owned enterprises and parastatals—at roughly 50 percent of Zimbabwe’s GDP.

Such scale and scope of a public sector are exceptional for a country of its population size (about 16.3 million) and income level, and the state’s extensive role in the economy could be a significant obstacle to growth.

Chapter 2 of the latest Zimbabwe Economic Update examines the role of Local Authorities (LAs) in the Zimbabwean public sector, with a focus on urban councils. Key challenges regarding the stability of intergovernmental transfers, own-revenue mobilization, and local financial management systems limit the capacity of LAs to provide adequate public services and undermine the fiscal stability of the government as a whole.

Local authorities are recommended to establish systems to manage spending better, control deficits and debt levels, improve revenue collection, and rationalize their wage bills in order to ensure that adequate resources are available for operations and maintenance.

Meanwhile, the government should accelerate implementation of Constitutional provisions on revenue-sharing with local authorities.

Chapter 3 of the Update focuses on state-owned enterprises and parastatals (SEPs) and their role in the Zimbabwean economy and public sector. Zimbabwean SEPs drive investment and job creation in key sectors, provide vital public services, and implement public policies. But SEPs are a major source of fiscal risk.

Most SEPs operate at a loss and require public subsidies to remain solvent—and some have accumulated significant tax arrears. The sector is a net drain on public finances. And, although a number of institutions are responsible for SEP governance and oversight, accountability and monitoring have been weak.

The government has, however, prepared a new draft law on SEP corporate governance and is taking steps to strengthen financial reporting and operational accountability.