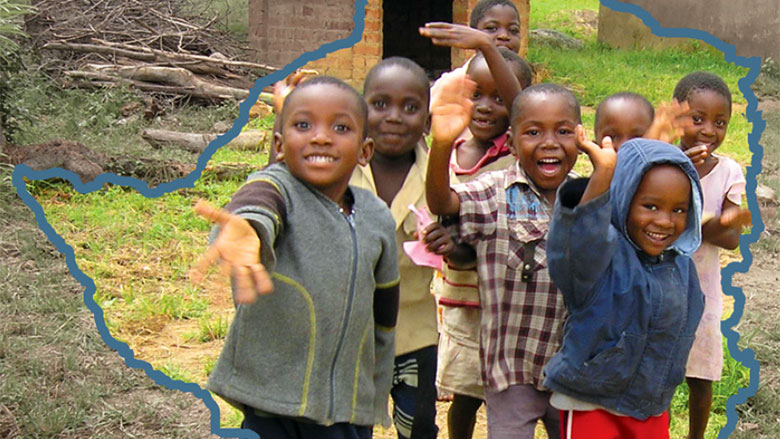 HARARE, February 3, 2016 – Zimbabwe could reclaim its former status as a Sub-Saharan African leader in the healthcare industry, according to the country’s new World Bank economic update.

The Zimbabwe Economic Update: Changing Growth Patterns, Improving Health Outcomes, showcases how the introduction of results-based financing (RBF) for rural clinics has helped to significantly improve maternal and child health care outcomes in Zimbabwe. Having stabilized the economy in 2009, earlier negative trends in health outcomes have been reversed and life expectancy once again exceeds the Sub-Saharan African average, according to the report.

“By reducing the high cost of services, which in itself was a barrier to access, Zimbabwe has been able to rapidly reduce very high rates of maternal and child health mortality by providing quality care to the most needy communities,” said Ronald Mutasa, World Bank senior health specialist, and one of the authors of the report.

In 2011, the World Bank supported the introduction of RBF beginning with a small pilot program in two rural districts with funding from the Health Results Innovation Trust Fund (HRITF). Through the program, user fees for a set of key maternal and child health services were removed and replaced with a financing system based on the numbers of services delivered, subject to independent verification. Since then, the program has grown to 18 districts with a population of 4.5 million and $40 million in financing from the government and HRITF.

The “RBF clinics," as they are commonly called, have seen a faster improvement both in-facility delivery rates, post-natal care coverage and the availability of drugs, the report notes. These benefits have been concentrated among people in more vulnerable households, who previously were not accessing care because of unaffordable user fees. The share of births attended by a skilled healthcare worker also increased by 21% among mothers with primary education or less, the report says.

The report highlights that innovations such as RBF can help Zimbabwe government authorities with some of the economic challenges during that it is facing in its economic recovery. Since the stabilization of its economy in 2009, growth has slowed significantly in recent years, owing in part to a difficult external environment, according to the report. The global economy has slowed, commodity prices are now depressed, terms of trade with main trading partners are deteriorating and the impact of El Nino is already being felt in the agriculture, water and power sectors. The outlook for 2016 remains difficult and the brunt of economic slowdown is likely to fall disproportionately on the poor, according to the report.

To raise growth from its current medium-term trend of 2-3%, the report recommends that the country correct key macroeconomic balances and improve equity of public spending. However, the report says, the brunt of these economic corrections, both domestic and global, will likely be deeply felt by poor households. The ZEU finds that without substantial improvements in the allocation and equity of public spending, Zimbabwe’s recovery could well be regressive, increasing inequality rather than reducing it.