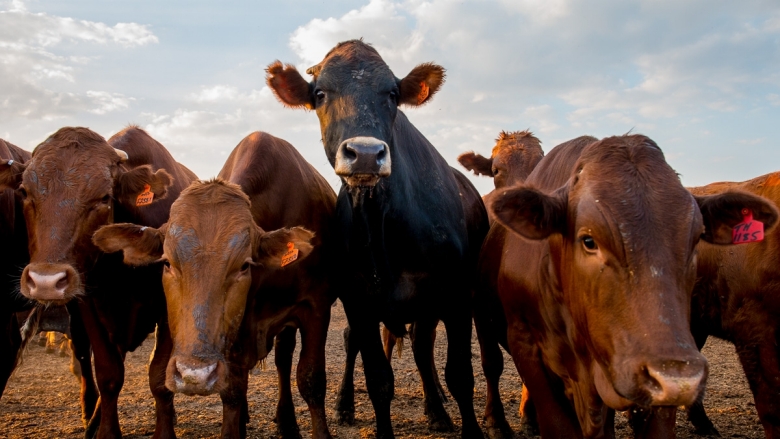 More cows would be good for Zambia’s GDP.

LUSAKA, June 29, 2017—Zambia’s economy has shown recovery in 2017, but stronger growth and better macroeconomic indicators have not resulted in better fiscal indicators, according to a new World Bank Economic Brief. The Brief, Reaping Richer Returns from Public Expenditure in Agriculture, says economic growth—which stood at 3.4% for 2016—is expected to increase to 4.1% for 2017, largely because of firmer copper prices and forecasts that point to a good 2017 harvest.

The Brief notes that Zambia’s government has been making progress with its economic recovery plan “Zambia Plus,” progress that has included (i) the clearance of US$462 million in arrears; (ii) the removal of fuel subsidies; and (iii) reduced electricity subsidies.

“Efforts are needed to reduce public expenditure arrears even further and improve commitment controls,” said Gregory Smith, the World Bank’s Senior Economist for Zambia. “These could include monitoring to ensure the same problem does not reoccur. Issuing a strategy for reducing public debt, as well as better communication through quarterly debt reports, would also be positive steps.”

Other good news for Zambians includes the fact that inflation has dropped to 6.5% in May 2017 from its February 2016 peak of more than 20%. This, together with a stable kwacha, has led Zambia’s Central Bank to ease monetary policy, reversing pressure on a risky growth in credit.

This forecast assumes the government will continue to implement its economic recovery plan, that the agricultural harvest and production of hydro-electricity will be stronger because of wetter weather, and that copper production will increase because of new and recently refurbished mines.

But stronger growth and better macroeconomic indicators have not been accompanied by improved fiscal indicators, for example the large stock of spending arrears and growing debt burden.

“There is a need to look closely at ways to improve public spending in agriculture to promote a non-copper economy and improve rural livelihoods,” the Bank’s Zambia’s Country Manager, Ina-Marlene Ruthenberg said. “Low agricultural productivity is a stumbling block when it comes to reducing poverty, as it has knock-on effects, such as gender disparity, land degradation and deforestation.”

The report highlights that Zambia has successfully increased its crop production, mostly of maize, largely thanks to increases in the size of areas under cultivation, as opposed to better yields. This leaves enormous scope to increase productivity and reduce the vulnerability associated with a high dependence for most of the population on rain-fed agriculture alone.

Zambia could also further diversify its agricultural output, investing more in horticulture, livestock, and aquaculture, all of which would create more sustainable agricultural growth and reduce poverty. Livestock, for example, already plays a large role in agriculture, contributing close to 30% of the country’s agricultural GDP and, depending on which province you are in, as much as 6% to 30% of household income. The number of cattle in Zambia increased by 70% between 2009 and 2013.

Aquaculture could also play more of a role as Zambia is a net fish importer and has 12 million hectares of water from rivers, lakes and swamps.