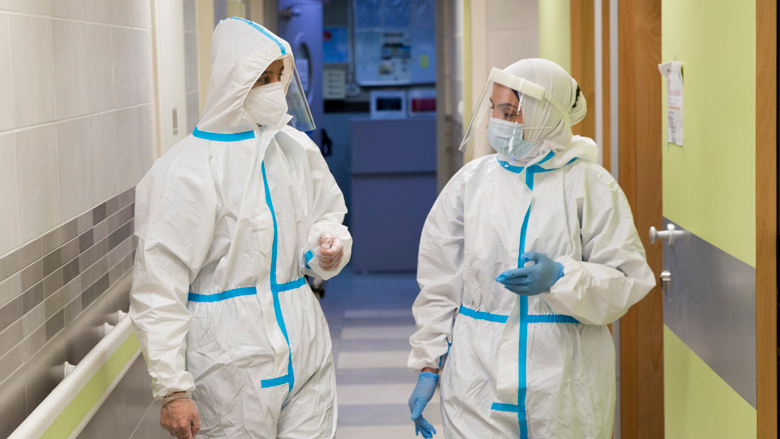 The Palestinian economy is in a precarious situation. The COVID-19 pandemic struck a weakened economy that was barely keeping up with the population growth in three years prior to the onset of the pandemic, with persistent fiscal deficits, high unemployment, growing poverty levels, especially in Gaza, and continuously declining levels of international support.

The Palestinian Authority (PA) has a limited set of fiscal and monetary policy instruments to effectively respond to the worst global health and economic crisis in a century. These constraints narrow the range of economic policy decisions available for the PA. In a global economy transformed by the pandemic, where it is no longer ‘business as usual’, building a resilient recovery will depend increasingly on domestic policy efforts, but also pragmatic and stable cross-border arrangements, for example, on the issues of tax revenues and health. Support from the international community will remain important, but has been declining for several years, and will likely confront significant additional limitations due to the impact of the pandemic on governments’ budgets across the globe. In this new and rapidly changing international context, tackling much needed previously identified reforms will strengthen trust and create a more sustainable, inclusive, and resilient future for the Palestinian people, while contributing to the creation of additional fiscal space and financial stability.

In 2020, the combined effect of the COVID-19 outbreak, a severe economic slowdown, and a political standoff with the Government of Israel (GoI) over clearance revenues, resulted in one of the sharpest contractions in economic activity in the Palestinian territories on record. the PA’s initial response, from early March until about end-May, to combat the spread of the COVID-19 outbreak was successful, despite the limited fiscal and monetary policy instruments available. But the second wave of infections, starting in July, proved to be more severe; and a third wave of the outbreak was registered in November peaking by the end of 2020. Although lockdowns remained limited during the second half of 2020, Gross Domestic Product (GDP) for the entire year is expected to have contracted by 11.5 percent. A modest recovery is expected in 2021 with growth returning to around 3.5 percent, reflecting in part the base year effect from a sharp contraction in 2020 and the uncertainty about the rollout of COVID-19 vaccinations.