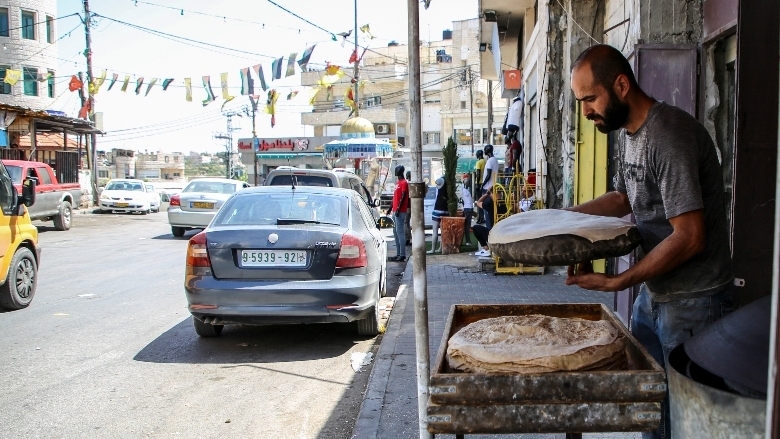 Twice yearly, the Bank reports on Palestinian economic development to the Ad Hoc Liaison Committee, a policy-level meeting for development assistance to the Palestinian people. The World Bank is secretariat to this body, which is chaired by Norway.

Despite some signs of recovery, the Palestinian economy has not yet rebounded to its pre-pandemic level. The ongoing restrictions on movement and access, the long-term effects of fiscal distress, combined with a rapid increase in prices are contributing to a slower economic recovery.

Despite signs of recovery after the easing of COVID-related measures, the fiscal situation remains highly challenging due to the accumulation of large arrears and very low aid. In addition, the COVID-19 pandemic had a severe impact on the well-being of Palestinians and led to the emergence of newly poor Palestinians, as well as a broad increase in the vulnerability to food insecurity. The outlook remains precarious, and efforts are needed to place the Palestinian economy on a sustainable trajectory.

The Palestinian economy is showing signs of recovery largely due to improved activity in the West Bank. However, Gaza still suffers from a particularly difficult economic situation with very high unemployment and deteriorating social conditions. In the current economic context, the outlook is uncertain as sustainable sources of growth remain limited.

The Palestinian economy is in a precarious situation. The COVID-19 pandemic struck a weakened economy that was barely keeping up with the population growth in three years prior to the onset of the pandemic, with persistent fiscal deficits, high unemployment, growing poverty levels, especially in Gaza, and continuously declining levels of international support.

The Covid-19 crisis is having a damaging impact on an already constrained economy struggling to emerge from a liquidity crisis in 2019, making the immediate prospects for the Palestinian people difficult. Necessary measures to contain the Covid-19 crisis have contributed to sharp declines in activity for an economy already facing constraints on movements and access that left it operating well below potential.

The Palestinian Authority (PA) faces a financing gap that could exceed US$1.8 billion for 2019 driven by declining aid flows and the unresolved transfer of taxes and import duties collected by Israel on behalf of the PA (clearance revenues). The new World Bank economic highlights the financing gap that has forced the PA to accumulate debt from domestic banks, and build up arrears to employees, suppliers and the public pension fund, creating large liquidity challenges for the economy. The report will be presented to the Ad Hoc Liaison Committee (AHLC) on September 26, 2019 in New York, a policy-level meeting for development assistance to the Palestinian people.

This report highlights the stalling of the Palestinian economy and calls for a review of the Israeli application of the dual use goods system. The main body of the report is organized in two chapters and two supporting annexes. Chapter I focuses on recent economic developments in the real, fiscal and banking sectors, while providing a near term outlook that highlights critical challenges facing the Palestinian economy. Chapter II looks at the impact of dual use restrictions on specific sectors in both the West Bank and Gazan economies and makes short and long run recommendations that would allow more activity and job

Gaza’s economy is in free fall, marking minus 6 percent growth in the first quarter of 2018 with indications of further deterioration since then. While the decade long blockade is the core issue, a combination of factors has more recently impacted the situation in Gaza; including the decision of the Palestinian Authority (PA)’ to reduce the monthly payments by USD30 million to the area, the winding down of the US$ 50- 60 million per year of the US Government aid program, and the cuts to the United Nations Relief and Works Agency program.

After two years of stronger growth driven by post war reconstruction, the most recent data revealed growth of 2.4 percent in 2017 led by the West Bank - while in Gaza it was a mere 0.5 percent. Unemployment rates continued to be high - reaching 44 percent in Gaza - even with low labor force participation. A range of additional challenges emerged in 2017 and the economic outlook is highly uncertain.

Despite its potential, the Palestinian economy is currently heavily distorted and failing to generate the jobs and incomes needed to improve living standards. Restrictions on trade and the access to resources, along with a decade long blockade of Gaza have hollowed out the productive base.

In this report we have again taken stock of progress in addressing past Bank recommendations to the AHLC and while there are developments, overall progress from the GoI and the PA has been minimal, and the core constraints on the economy remain.

September 2016
The report states that, over the last decade, the Palestinian Authority’s (PA) fiscal consolidation efforts led to a decline in the deficit by 15 percent of GDP – an achievement rarely seen in other places around the world. Nevertheless, the PA’s finances remain fragile with declining budget support leading to a projected financing gap of about US$600 million in 2016.

April 2016
The report estimates that the Palestinian Authority (PA) is losing US$285 million in revenues annually under the current economic arrangements with the Government of Israel. These revenues can significantly ease the Authority’s fiscal stress, when transferred.

September 2015
Reduced donor aid, war, suspension of revenue payments and ongoing restrictions by the Government of Israel have had a severe impact on the Palestinian economy. Palestinians are getting poorer for third year in a row – The World Bank report calls for urgent measures to reverse trend.

May 2015
Blockades and war have strangled Gaza's economy and the unemployment rate is now the highest in the world at 60 percent. The report estimates that Gaza’s GDP would have been about four times higher than it currently is if it weren’t for the conflicts and the multiple restrictions.

September 2014
The recent conflict in Gaza will put further stress on an already struggling Palestinian economy with falling income per capita in 2013, projected to contract further by the end of 2014

September 2013
The broad economic situation and the fiscal position are showing worrying trends with a financing gap of about USD320 million projected by year end. The report states that the most significant impediment to economic viability in the Palestinian Territories is the multi-layered system of restrictions imposed by the Government of Israel.

March 2013
The report stresses that while the donor community’s efforts are directed towards short-term relief for Palestinian fiscal stress, it is important to recognize that the prolonged system of closures and restrictions is causing lasting damage to the competitiveness of the Palestinian economy.