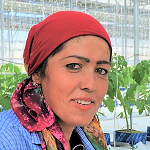 The World Bank in Uzbekistan

Latest news and information from the World Bank and its development work in Uzbekistan. Access the country data, statistics, project information, research from our experts, and many more.

Uzbekistan: Commitments by Fiscal Year (in millions of dollars)*

pagetitle_video
All Multimedia from Uzbekistan Arrow

Find out what the Bank Group's branches are doing in Uzbekistan.