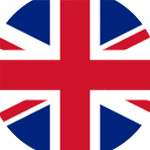 The World Bank In United Kingdom

A founding member of the World Bank, the United Kingdom supports multilateral efforts to promote human and economic development, reduce poverty, and boost shared prosperity around the world.

Find out what the Bank Group's branches are doing in United Kingdom.