KAMPALA, June 23, 2016 – Despite the slump in global oil prices, the start of commercial oil production in Uganda in 2018 offers long-term prospects to diversity the country’s economy and catapult it to upper middle income status by 2040, according to the country’s new economic memorandum.

This optimism is informed by past trends in oil price volatility and underlines the analysis of the Uganda Country Economic Memorandum: Economic Diversification and Growth in an Era of Oil and Volatility (CEM) and evaluates the prospects of oil and mineral production in the country.

“Although the level of international oil prices are extremely low today, we have reasons to believe that these will rise again, and that Uganda’s future oil production will boost the country’s economic and fiscal performance in the years to come,” said Jean-Pascal Nguessa Nganou, World Bank senior country economist for Uganda and task team leader for the CEM.

Prepared by the World Bank and the Government of Uganda, the memorandum presents a vision of how the country can leverage its oil and mineral resources to accelerate economic growth, reduce poverty and attain the goals of the country’s National Development Plan (NDPII).

“Oil is not a pipe dream; it is an opportunity for us to fuel our economic growth, create employment, foster technogy transfer and generate revenues for investments in development of other sectors,” said Keith Muhakanizi, Permanent Secretary and Secretary to the Treasury, Ministry of Finance, Planning and Economic Development in Uganda. “We are also mindful of the risks of letting the oil economy dominate as successful countries are those that have used non-renewable resources to diversify their economies, and we are committed to learning from their success and failure, to ensure we don’t go down a slippery slope.”

In 2006, Uganda confirmed discovery of crude oil reserves of up to 6.5 billion barrels of oil in the Lake Albert basin in the South West along its border with the Democratic Republic of Congo. Earlier this year, the government auctioned out several exploration licenses which could lead to more discovery of other reserves. With commercial production in full swing, the country could earn up to $3 billion in revenue from exports of up to 60,000 barrels of oil per day. Some of the crude will be used to produce power locally, while the rest will be processed at a new $2.5 billion refinery, and routed by pipeline through the Tanzanian Port of Tanga for export.

According to the CEM, oil production is expected to boost Uganda’s economy, which was previously growing at 7% annually for a decade, but slowed down to 3.3% in 2013/14 and 4.6% in 2015/16. The economy is expected to receive new lease of life with growth rates of 7-10% once oil production starts, the CEM notes.

The memorandum also highlights experience of other countries in Africa and other parts of the world, which shows that while large scale production of oil, gas and other mineral resources offers great economic opportunities, it also presents major challenges. In Angola for instance, high oil production and high international prices boosted gross domestic product (GDP) growth during most of the 2000s. However, a massively expanded, poorly managed, public investment program created congestion, inefficiencies and inflation in the country, instead of developing the long-term physical and human capital necessary to replace non-renewable resources, the report says.

Similarly, if proceeds from the oil and mineral resources are channeled through consumption/recurrent expenditure, or find their way into the pockets of a handful, the full benefits may not materialize, according to the report. More than one-third of the Ugandan population remains poor and vulnerable to shocks, despite the reduction of poverty from 68.1% in 1992/93 to about 19 % currently. To boost incomes and quality of life, the report proposes undertaking direct transfers to the poor linked with behavioral improvements, such as sending boys and girls to primary school, reducing dropout rates, providing vaccination and other basic health services.

The report outlines several recommendations, including:

Setting up of the right institutions

Adopting and Implementing the right set of policies 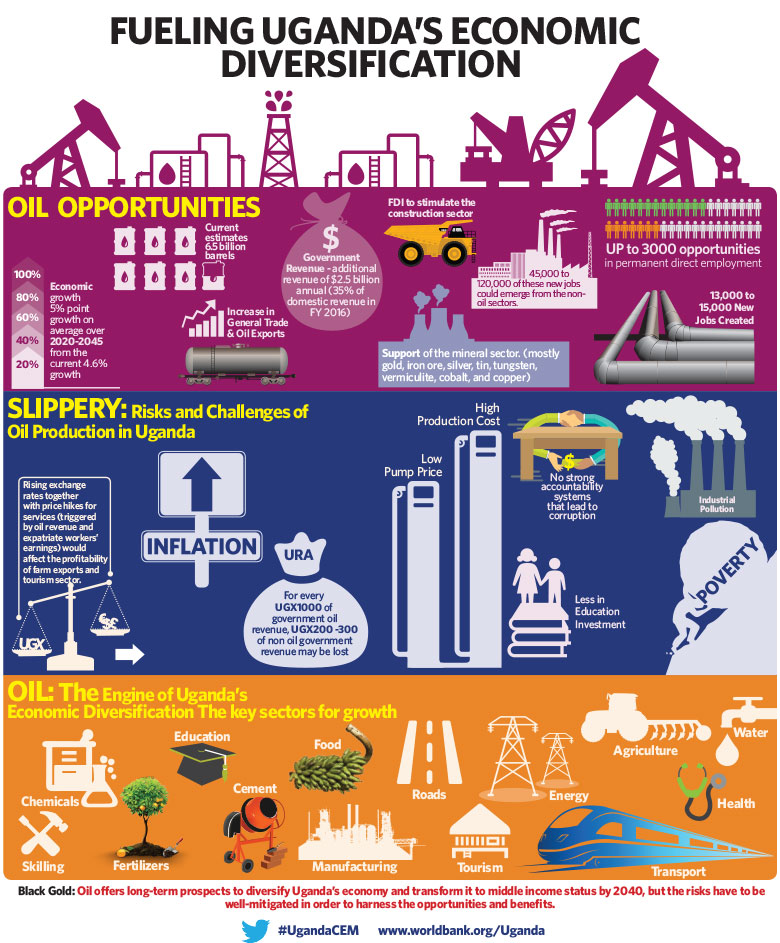 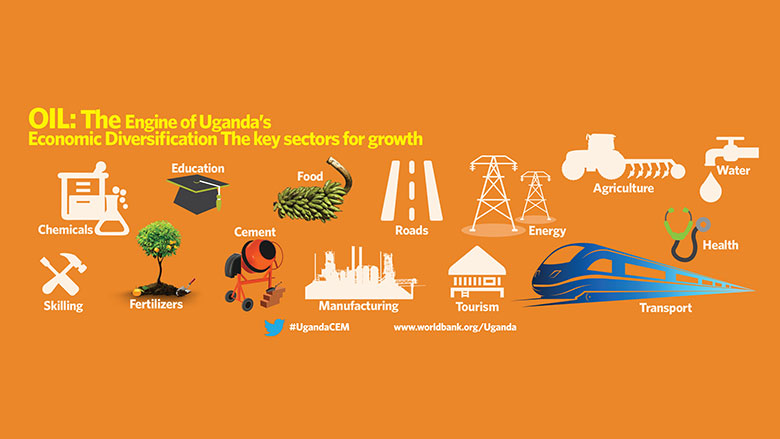 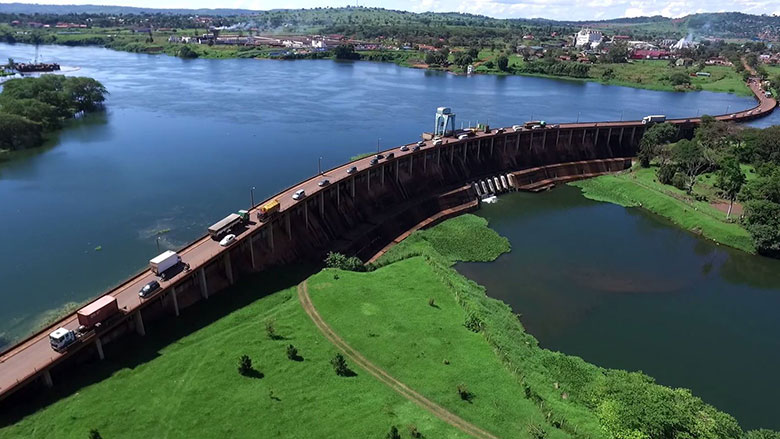 Uganda’s Growth in the Era of Oil and Volatility