Latest Issue:
Turkey’s demographic and economic transformation has been one of the world’s most dramatic, with urban growth and economic growth proceeding hand in hand.

Distinguishing Turkey from many other developing countries has been the pace, scale, and geographical diversity of its spatial and economic transformation. Fast-growing secondary cities bring added challenges that define Turkey’s second-generation urban agenda. New and differentiated service standards will need to be established across both dense urban built-up areas and small villages and rural settlements within the newly-expanded metropolitan municipality administrative area. 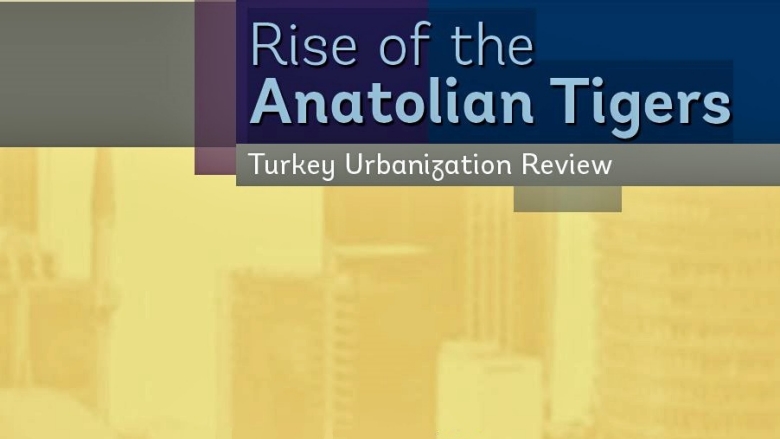 Turkey Urbanization Review: Rise of the Anatolian Tigers highlights salient features of Turkey’s urbanization process with the aim of extracting lessons learned for other developing countries. Adoption of a metropolitan municipality law and regime in the mid-1980s was a prominent feature of Turkey’s emerging system of cities, facilitating the planning and management of cities in line with their economic footprint and across administrative boundaries.

Early investments in connective infrastructure and settlement planning facilitated commercial activity that provided life-blood to even remote areas of the country.  Scaled-up housing supply through brokering of the private sector and the granting of amnesties to migrants in informal settlements provided the expanded housing stock and security of tenure for many low income households.

These and other measures contributed to the rise of the Anatolian Tigers – Turkey’s secondary cities that over the past decade have captured a larger share of newly established firms and urban population than the big three – Istanbul, Ankara and Izmir. 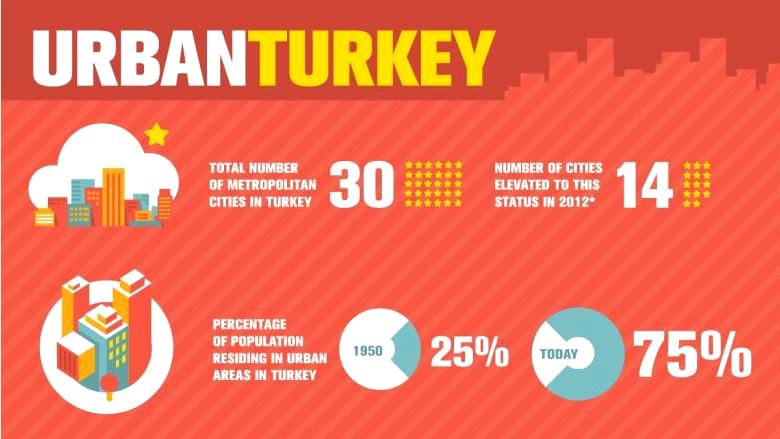 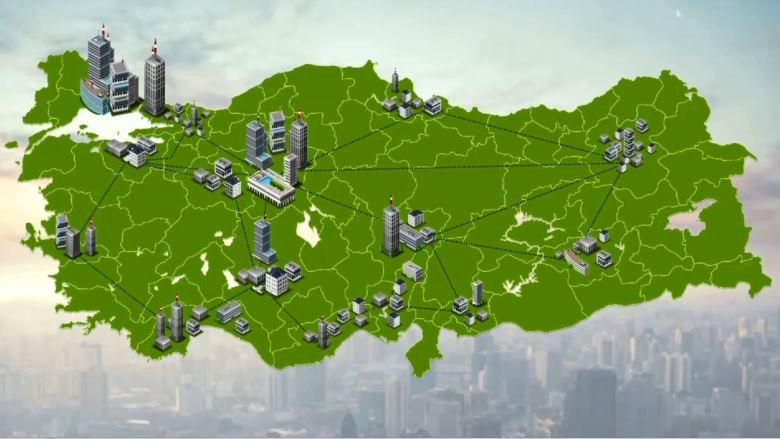 Rise of the Anatolian Tigers: Urbanization in Turkey 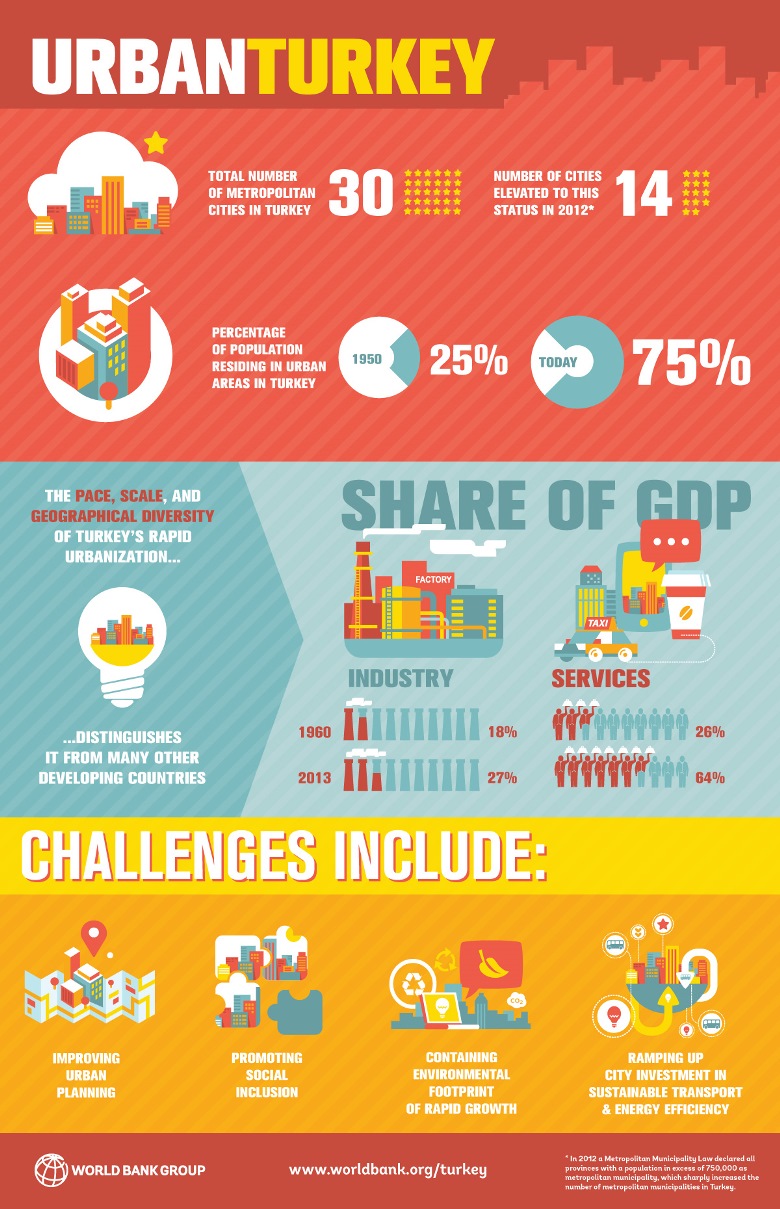