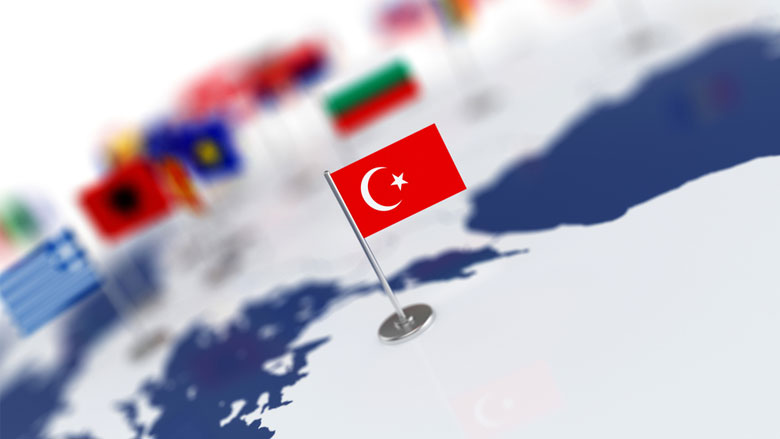 Turkey’s economy shrank in Q3 amid temporary political turmoil and falling tourism revenues. Seasonally adjusted GDP plunged by 2.7 percent q-o-q in Q3, recording the largest drop since March 2009, because the failed coup attempt and its aftermath depressed business and consumer confidence and tourism revenues declined.[2] Private consumption took a significant hit, dropping by 2.6 percent q-o-q in Q3, as increased uncertainty induced households to hold off spending especially on durable goods. Similarly, investment fell by 1.7 percent q-o-q. Government spending grew by 6.1 percent q-o-q, making the only meaningful positive contribution to growth. On the external side, imports dropped thanks to subdued domestic demand, while exports fell due to weaker external demand and a 36 percent y-o-y drop in tourist arrivals.

The contractions on the expenditure side were mirrored by declines on the production side. The manufacturing sector contracted for the third consecutive quarter, shrinking by 4.8 percent q-o-q in Q3. Although agriculture, services, and construction also recorded a fall in output in Q3 by 0.9 percent, 1.7 percent and 4.6 percent respectively, the recession in manufacturing is emblematic of the difficulties in the real sector.[3] Notably, a number of manufacturing firms have been experiencing difficulties to withstand the depreciation of the Lira owing to their open FX positions, while slower domestic and external demand was constraining sales growth.

We revise our growth forecast to 2.1 percent for 2016 because recovery in Q4 was weaker than envisaged earlier. After dropping considerably in Q3, industrial production bounced back in October, but remained flat in November, disappointing the hopes for a strong recovery. Similarly, the manufacturing PMI retreated to 48.8 in November and further to 47.7 in December, suggesting that manufacturing activity remains subdued. Moreover, power outages hit Turkey in late December, particularly in the industrial region spanning from Kocaeli to Istanbul, causing some firms to halt production. On the demand side, auto and white goods sales surged, as consumers front-loaded their purchases with the anticipation that prices will rise due to currency depreciation and tax hikes on auto.

However, flat performance of retail sales suggests that recovery in consumer spending is not broad based. The pick-up in consumer credit growth confirms that a recovery in private consumption has taken place in Q4, although not as strong as anticipated. Slightly weakening corporate loan growth and falling investment expenditures in the business tendency survey suggest corporates cut investment spending in Q4 amid deteriorating balance sheets and declining profitability due to currency depreciation. Net exports make a greater contribution in Q4 compared to the previous quarter, as exports grew faster than imports, thanks to strengthening economic activity in the EU. These developments point to a weaker than expected recovery in Q4, leading to a downward revision of our growth forecast to 2.1 percent for 2016.

Inflation surged by 1.5 pps to 8.5 percent in December.  One-off factors, such as tax hikes, account for one-third of the increase in inflation, while the sharp increase in food prices accounts for another one-third. Particularly, tax increases on tobacco products added 0.4 pps and tax increases on automobiles added 0.1 pps to headline inflation. The depreciation of the Lira exacerbated the rise in global oil prices, increasing transport and domestic energy prices. 12-month core inflation increased by 0.5 pps to 7.5 percent, while the 12-month domestic PPI rose by 3.5 pps to 9.9 percent in December. The substantial rise in the domestic PPI is worrisome as it might be signaling cost pressures. The FX pass-through associated with the rapid Lira depreciation will feed into prices starting in Q1 2017. Moreover, unfavorable weather conditions are likely to hurt harvest, putting upward pressure on food inflation.

[1] Turkey Regular Economic Note is a brief that assesses recent economic developments in Turkey and provides World Bank forecasts on key macroeconomic variables. Given that the focus is on the recent past, the Note reports seasonally adjusted quarter-on-quarter changes (or 3-month-on-3-month changes). Although year-on-year rate is much less volatile, the main advantage of using a quarter-on quarter growth rate is that it is easier to identify turning points in the economy, such as the end of a recession or the beginning of an expansionary period.

[2] TURKSTAT recently revised the GDP series to align the methodology with the EU and UN standards. We rely on the new GDP series in our analysis.

[3] In order to populate services sector, we aggregate all sub-sectors except agriculture, industry, and construction.