From 2001 to 2017, incomes per capita in Turkey doubled in real terms and tripled in current dollar terms. Turkey transformed from a lower-middle-income country (LMIC) at the start of the 2000s to very nearly reaching high-income status by 2014.

Rising FDI, exports and GVC integration played a key role in this growth experience. OECD data shows that not only did exports grow over the period, but they were increasingly part of GVCs.

A global value chain breaks up the production process across countries. Firms specialize in a specific task and do not produce the whole product. 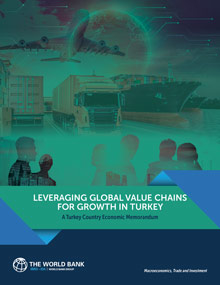