The Unfinished Revolution: Bringing Opportunity, Good jobs and Greater Wealth to all Tunisians

Tunisia presents an economic paradox. It has everything it needs to become a “Tiger of the Mediterranean”, yet this economic potential never seems to materialize. On the contrary, the Tunisian economy is plagued by insufficient jobs creation, export performance has been weak, and corruption is widespread. And while poverty has decreased, regional disparities have persisted over time. Such problems have plagued the Tunisian economy for the past decade and ultimately triggered the 2011 revolution. Why? This report tries to untangle the problems and suggest possible solutions.

In the three years since the revolution, Tunisia has achieved significant progress on the political front, culminating in the consensual adoption of a new Constitution. However, the economic system which existed under Ben Ali has not changed significantly—and the demands of Tunisians for access to economic opportunity have not yet been realized.

The Unfinished Revolution is a challenge to Tunisians to rethink their economic development model and to dare to think big about policy reforms which can accelerate growth and shared prosperity, create quality jobs and promote regional development.

Chapter One provides a diagnostic of the state of the economy, which sets the stage for tackling the challenges facing Tunisia.  This chapter offers a detailed analysis of the structural evolution of the economy at the macroeconomic level and in terms of firms’ dynamics—highlighting an economy with stunted structural evolution where firms are stagnating in terms of growth, jobs creation, and productivity.

Chapter Two argues that Tunisian markets are characterized by lack of competition that, in addition to fostering rents and cronyism, is also hampering the performance of the economy, lowering productivity growth and jobs creation.

Chapter Three explains how the complex array of state interventions in the economy has resulted in extensive (and expensive) opportunities for corruption and cronyism, which have exacerbated inequality of opportunity.

Chapter Four highlights how the investment policy (through the Investment Incentives Code) has segmented the economy into onshore and offshore sectors to the detriment of performance in both sectors, and has contributed to keeping the economy stuck in low-value added production.

Chapter Six discusses the inability of the financial sector to direct resources to the most productive projects.

Chapter Seven advocates for an industrial policy that can create a level playing field and enable Tunisia to increase the value-added content of key products.

Chapter Eight argues that opening up services sectors to competition could yield significant gains for Tunisia. Most of the required reforms, however, are domestic ones; and it is in Tunisia’s best interest to proceed with them without waiting for trade negotiations with the EU.

Chapter Nine highlights that agricultural policy is not currently geared to take advantage of Tunisia’s comparative advantage and export opportunities to the EU. While intended to support farmers, it has in fact undermined the agricultural sector by supporting products in which Tunisia is not competitive—and paradoxically this is penalizing interior regions.

Chapter Ten examines the options to foster the development of interior regions and reduce regional disparities.

The final chapter provides a synthesis of the report and its policy recommendations. This chapter brings together the various parts of the analysis into a coherent overview of Tunisia’s structural economic challenges, and provides a prioritized set of policy reforms to accelerate the creation of good-quality jobs and bring greater wealth to all Tunisians. 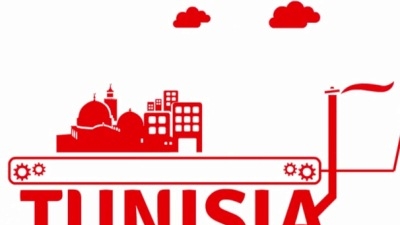