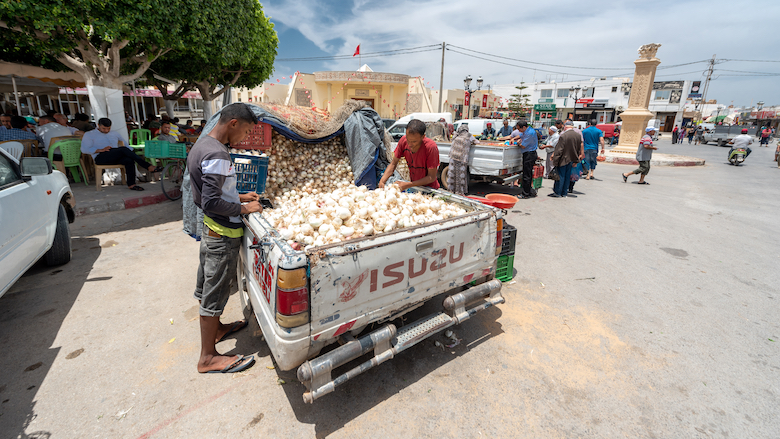 After growth picked up to 2.5 percent in 2018 from 2 percent in 2017, Tunisia experienced weak growth of 1.1 percent during the first half of 2019. This was driven by a slowdown in agricultural growth (base effect after 9.5 percent growth in 2018) as well as a contraction in industry (oil and gas, agrobusiness) which was only partially compensated by growth in services. Inflation significantly accelerated between 2017 and mid -2018 (7.8 percent in July 2018). In response, the Central Bank increased the policy rate to 7.75 percent, and authorities recently moved to enforce tighter loan-to-deposit ratios among banks and reduce liquidity injections through FX swaps. Consequently, inflation has decelerated since the second half of 2018, and stood at 6.7 percent in August. Interest rates (except for some deposit rates) are now positive in real terms.

Growth is projected to drop below 2 percent in 2019 before recovering slowly, contingent on completion of pressing reforms to improve investment climate and ensure greater security and social stability. Growth will be supported by expansions in agriculture, manufacturing, and tourism, and the coming online of the Nawara gas field. Inflation is expected to continue declining provided monetary policy remains focused on its central goals. Poverty is projected to hover below 3 percent using the 3.2 U$ PPP per day line and below 0.3 percent using the extreme poverty line.