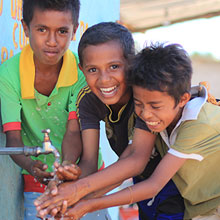 The World Bank In Timor-Leste

Timor-Leste has made great strides in securing lasting peace and stability. The nation continues to face challenges, with economic growth reliant on government spending and revenues from natural resources. The country’s key challenge is to translate this financial wealth into sustained prosperity.