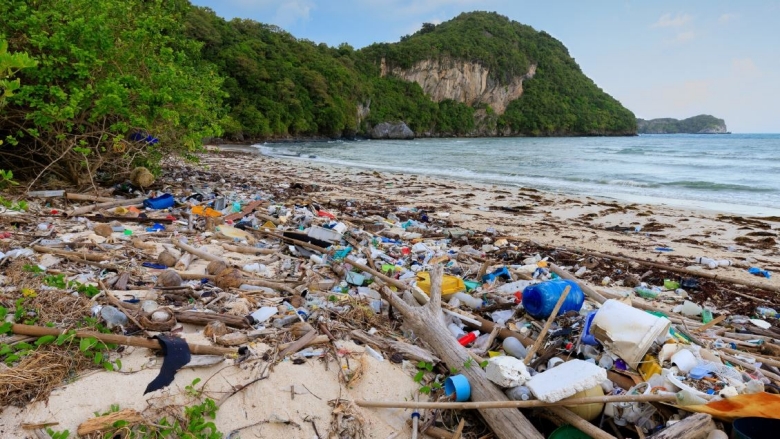 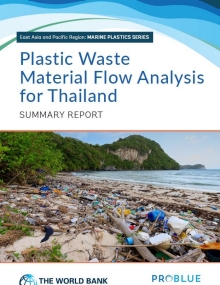 In 2019, the Government of Thailand released the Roadmap for Plastic Waste Management 2018-2030 and is developing the National Action Plan on Marine Plastic Debris to alleviate the current impacts and avert future damage caused by marine plastic debris. While these efforts are critical steps toward reining in the country’s plastic pollution problem, further insight is needed into where the plastic waste comes from and how it moves in the environment.

By mapping the relationship between waste sources, leakage pathways, and plastic discharges to the marine environment, this study identifies the most significant hotspots contributing to marine plastic debris and the specific associated waste handling practices (e.g., open dumpsites, household disposal behavior, etc.). Building on previous analysis on the material flow of plastics in Thailand and using the best available data from national sources, this study helps inform policy interventions and investments from the Government of Thailand and local administrative organizations to effectively reduce marine plastic debris. The models developed can also help monitor progress relative to environmental factors, such as seasonal rainfall variations. 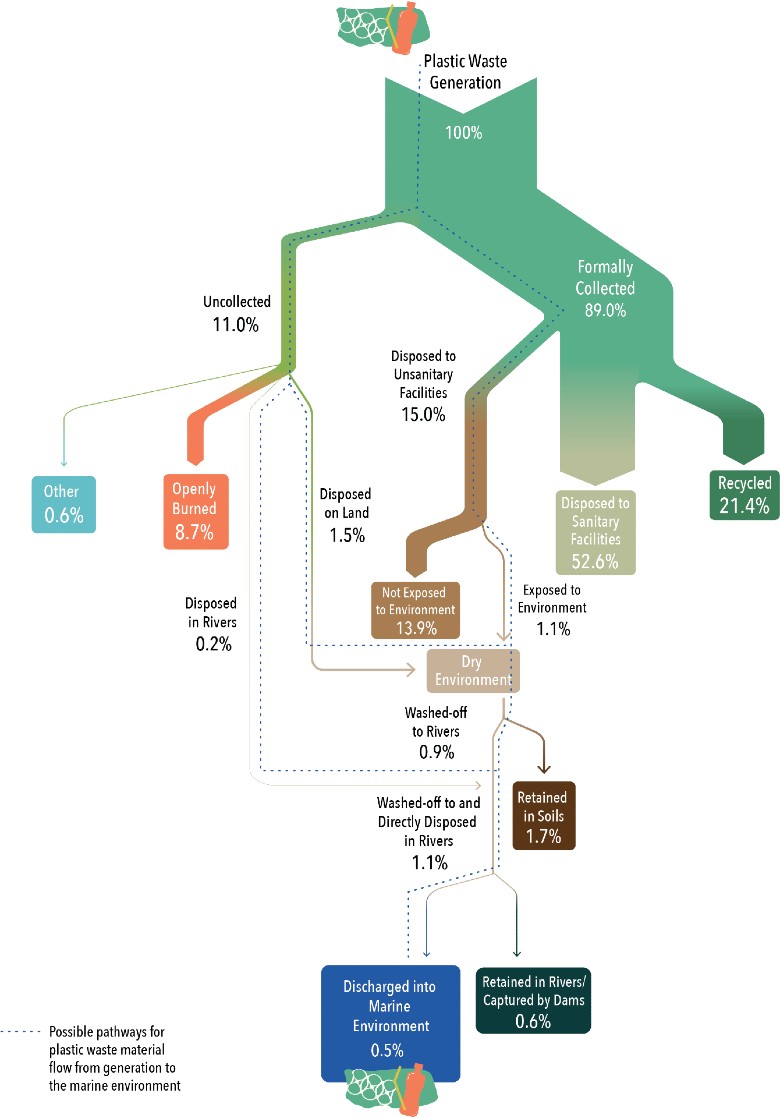 Initially, focus on areas at close distance from the coast that have been identified as key contributing districts:

This study was conducted by a team from Deltares, Panya Consultants Co. Ltd., and HII and builds on methodology developed for a similar study in Indonesia. The study benefited from the inputs of various national stakeholders; extensive dialogue and inputs were provided by the Department of Marine and Coastal Resources and the Pollution Control Department in the Ministry of Natural Resources and Environment, Thailand. Funding for the study was provided by PROBLUE, an umbrella multi-donor trust fund, administered by the World Bank, that supports the sustainable and integrated development of marine and coastal resources in healthy oceans.