The Elephant in the Room: Unlocking the Potential of the Tourism Industry for Tanzanians

DAR ES SALAAM, January 29, 2014 – More than 1 million tourists visited Tanzania’s world-class tourist attractions in 2013, including Mount Kilimanjaro, the wildebeest migration in Serengeti and the warm beaches of Zanzibar, making tourism a strong driver of growth for the country. Although tourism has grown rapidly in the last decade attracting a growing number of tourists each year, a new tourism strategy would provide even greater benefits for a larger number of Tanzanians, according to a new World Bank Group report.

In addition to providing an assessment of the current economy, the sixth Tanzania Economic Update, The Elephant in the Room: Unlocking the potential of the Tourism Industry for Tanzanians, explores the current benefits of tourism and the benefits it could provide if developed and managed appropriately.

WBG lead economist for Tanzania and author of the report

The report’s recommendation to expand tourism to increase economic growth comes on the heels of a recent rebasing of gross domestic product (GDP) and the latest household budget survey, which challenges the traditional view of the Tanzanian economy. With the income per capita at $950 and the poverty rate down from 33% to 28% in 2012, the country is closer to reaching middle-income status, according to the report. In 2014, the report notes that the economy continued to expand by around 7% with controlled inflation averaging 5%.

Despite significant tourism growth and currently employing around a half million people, many Tanzanians do not reap the benefits; about one-third of the country’s population still lives below the poverty line. According to the report, not only is tourism a booming global industry, it is also capable of creating a large number of jobs, setting the stage for a new tourism strategy that reaches more Tanzanians.

To help the country reach its goal to increase tourism revenue eightfold by 2025, the report outlines three pillars to address current tourism challenges;

If the goal of increasing tourism is achieved, the increased pressure on the environment will also present some challenges that will need to be managed, according to the report. These include managing uncontrolled poaching of giraffes and elephants, competition for water resources and land that can generate l conflicts of interests between farmers, hydropower operations and the preservation of natural ecosystems that support Tanzania’s tourism. 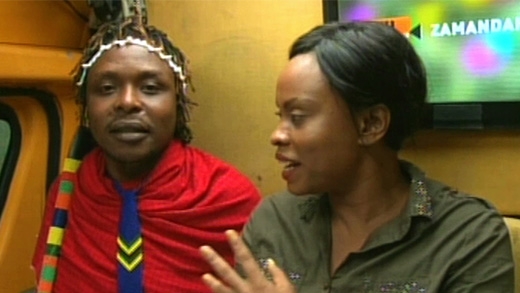