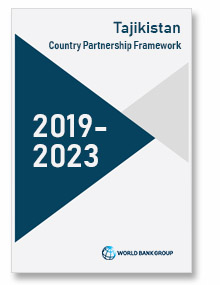 The Country Partnership Framework (CPF) is a strategic document that will guide the World Bank Group's support to Tajikistan over the years 2019-2023.

Labor Market – Tajikistan has the youngest population in Central Asia. Youth between 14 and 30 years of age account for 35% of the population. Each year, an estimated 130,000 young people enter the labor market, but many face limited economic opportunities. More than 1 in 3 young people – including 9 in 10 young women – are either unemployed or not pursuing education.

Migration – About 1 in 10 Tajiks works abroad, mainly in Russia. More than one-quarter of households have at least one labor migrant. In 2018, remittances made-up as much as 31% of the country’s GDP.

Private Sector – The private sector contributes to only 15% of total investment (3-4% of GDP), produces about 30% of industrial output, and accounts for about 13% of formal employment. Tajikistan ranks 126 of 190 economies in the 2019 Doing Business report, and 79 out of 137 economies in the World Economic Forum’s 2017-18 Global Competitiveness Index.

Environment – Tajikistan is highly vulnerable to the impacts of climate change and natural disasters. Between 1992 and 2016, about $1.8 billion in GDP was lost due to climate-related calamities. And almost 7 million people were affected. 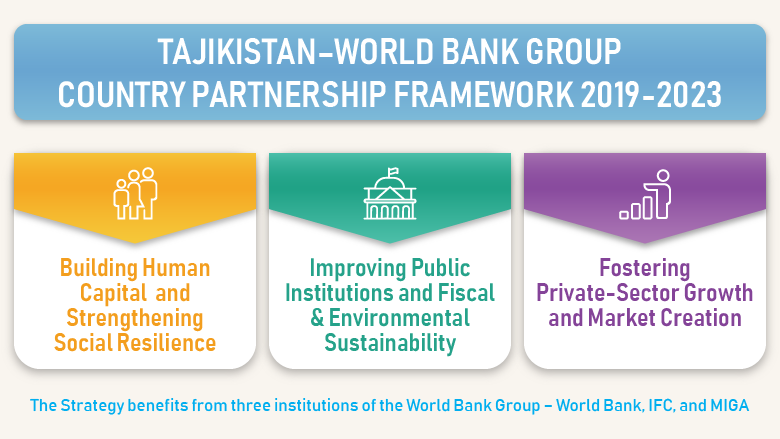 The Country Partnership Strategy for 2019-23 aims to help Tajikistan take advantage of emerging regional opportunities, transform its economy and improve the livelihoods of its citizens.

The opening of its border with Uzbekistan, improved connectivity with China, and increased demand for products from Pakistan and Afghanistan, are creating new commercial opportunities for Tajikistan.

This presents a historic opportunity to reconnect to the legacy of the ancient Silk Road, at the intersection of Central, East, and South Asia, and to capitalize on Tajikistan’s abundant hydro-energy resources.