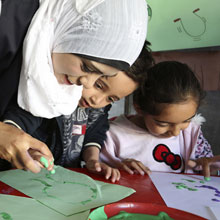 To date, the World Bank has supported over US$3 billion worth of projects in Jordan and Lebanon to help refugees and host communities. These projects support jobs and economic opportunities, health, education, emergency services and social resilience, and infrastructure.

The Global Concessional Financing Facility: Support for refugees and host communities in Jordan and Lebanon

View All Multimedia Arrow
The Global Concessional Financing Facility: Support for refugees and host communities in Jordan and Lebanon

Find out what the Bank Group's branches are doing in the Middle East and North Africa region.