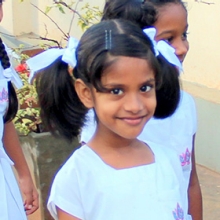 The World Bank In Sri Lanka

Sri Lanka is a lower-middle-income country with a GDP per capita of USD 3,852 (2019) and a total population of 21.8 million. With over six decades of partnership with Sri Lanka, World Bank Group continues to support Sri Lanka’s transition to a more competitive, inclusive, and resilient country.

Sri Lanka: Commitments by Fiscal Year (in millions of dollars)*