To reverse the growing public debt trend and to get more from what it spends on social sectors, the priority for Serbia is to pursue the fiscal consolidation measures – in the tax administration, public administration, and subsidies, while reforming education, social protection and health sector in order to improve the quality of its human capital and skills.

Since the global economic and financial crisis of 2008, Serbia has struggled with a weak economy and a deteriorating fiscal position. As the economic activity has stagnated, the revenues have fallen while the expenditures – mandatory spending on pensions and wages in particular – have remained high. Continued state support to state-owned enterprises (SOEs) has been an additional drag on public finances. As a result, Serbia has been running high budget deficits and a public debt has more than doubled, from 34 percent of GDP in 2008 to over 70 percent at year-end 2014.

Although public expenditures remained high, quality of public services is suboptimal. There are no centralized control systems for employment in the public sector and as a result there are pockets of overstaffing; state support to economy was increasing continuously and now equals to the total public spending on education; public health spending is significantly above levels typical for middle-income countries while at the same time out-of-pocket payments are increasing; spending on pensions at around 13 percent of GDP is among highest in Europe; at the same time social assistance targeting needs improvements. On revenue side, tax administration is inefficient and compliance costs are high which resulted in a high informal sector accounting for 30 percent of the economy.

If left unchecked, Serbia’s growing public debt will become unsustainable. In an effort to overcome the country’s fiscal challenges, the government has since November 2014 started an ambitious fiscal consolidation and structural reform program, supported by the IMF. Over the medium term, the consolidation program is expected to reduce public spending from 46.8 percent of GDP in 2014 to 40.7 percent by 2017, mostly by cutting recurrent spending.

In the short to medium term, the priority for Serbia is to pursue the fiscal consolidation while in parallel improving the efficiency, equity and quality of spending in social sectors. This is crucial in to improve its human capital and skills, in order to become more competitive in the region, attract foreign direct investment, and continue toward income convergence with Western Europe. 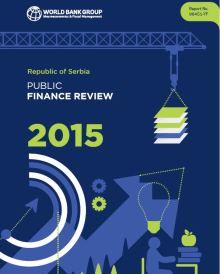 Serbia: Public Finance Review
The objective of this report is therefore two-fold: to propose policy options, both short- and medium- to long-term ones, that would help solidify the ongoing fiscal consolidation program and achieve public debt sustainability; and to identify opportunities for enhancing the efficiency, quality, and equity of current public spending on health, education, and social protection.

The report covers the following areas:

On the expenditure side

On the revenue side 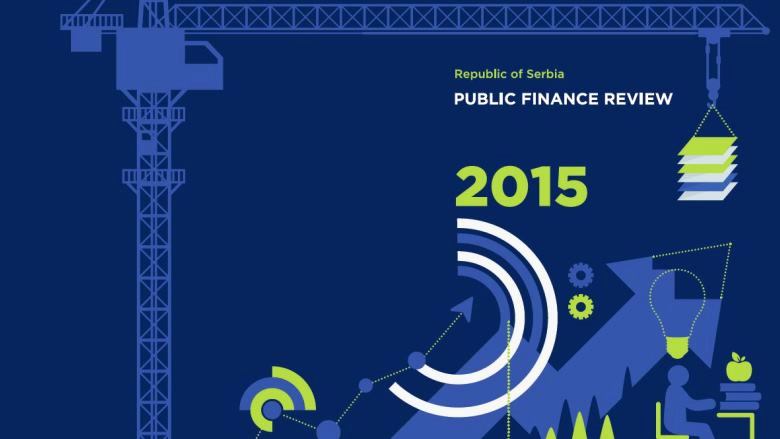