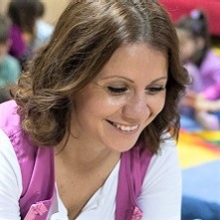 The World Bank In Serbia

Serbia has passed through a period of dramatic change, managing a rapidly evolving political and economic environment. Today, Serbia is a candidate country for the European Union membership, reflecting the significant progress made so far in structural and institutional reforms.

hectares of land in Serbia have been protected from flooding as a result of the Irrigation and Drainage Rehabilitation Project.

Serbia: Commitments by Fiscal Year (in millions of dollars)*

Find out what the Bank Group's branches are doing in Serbia