Russia Economic Report 33: The Dawn of a New Economic Era?

Russia’s economy experienced two shocks in 2014. On top of the structural crisis that began in 2012, Russia had to deal with cyclical and idiosyncratic challenges to the economy.

One of the new shocks illustrates Russia’s integration into the world economy through its natural resource exports—and thus its dependence on the global commodity cycle: oil prices more than halved between July and December 2014, giving Russia a terms-of-trade shock.

The ruble lost 46 percent of its value against the US dollar, which worsened already eroded business and consumer confidence. The monetary tightening in response made credit expensive, further dampening domestic demand.

The other, more idiosyncratic, shock was related to the geopolitical tensions that began in March 2014 and led to economic sanctions. The tensions not only heightened perceptions that Russian investments had become riskier, they also dramatically increased the costs of external borrowing for Russian banks and firms.

Spreads on Russian credit default swaps peaked in December at 578 basis points, compared to 159 a year ago. Together with the financial sanctions imposed on Russia in late July, which have restricted the access of Russia’s largest state-connected banks and firms to Western international finance markets, this all but extinguished investment.

Despite the economic turmoil, Russia has so far avoided recession. In 2014, growth was moderate at 0.6 percent, due to the carry-over effect from 2013 growth of 1.3 percent. Two reasons contributed to this result:

(1) The government and the Central Bank moved swiftly; policy responses to both shocks were adequate. The economy was stabilized successfully: The planned switch to a free float of the ruble was advanced to November and other measures to support financial stability were introduced promptly, including the recapitalization of banks in December.

(2) The oil price slump and stricter sanctions came late in 2014, so that their impact began to affect the economy only in the final quarter of 2014—the effects are likely to be more profound this year and in 2016. Other supportive circumstances relate to the balancing effect that imports, lowered by the geopolitical tensions and sanctions, had in softening the impact of the oil terms-of-trade shock. Finally, the much weaker ruble and trade restrictions gave a slight positive boost to the manufacturing sector.

Growth prospects for 2015-2016 are negative. It is likely that when the full effects of the two shocks become evident in 2015, they will push the Russian economy into recession. The World Bank baseline scenario sees a contraction of 3.8 percent in 2015 and a modest decline of 0.3 percent in 2016.

The main assumptions of the baseline growth outlook for both years are that consumer demand is likely to be eroded by weak confidence, still-high household debt, and slowing income growth. In 2015, high inflation resulting from the recent steep devaluation of the ruble would further depress incomes and wages. Investment is projected to contract in 2015, though with external and credit conditions expected to improve somewhat in 2016, it should recover marginally.

The only bright spot is that the weak ruble could create incentives for expansion in some tradable industries. However, high level of capacity utilization, structural rigidities, and the surging cost of imported investment goods and credit may dampen these benefits.

A major medium-term risk for the economy lies in the continued dearth of investment. Low investment demand hints at the deeper structural problems of the Russian economy and has already initiated a new era of potentially small growth. Presently, higher interest rates are exerting pressure on Russian banks as their costs of funding rise, credit levels decline, and more loans default.

Given the slowdown of the economy, the result could be a vicious cycle of a shortage of project credit, rising lending rates, and a tightening of access to credit. But there are more fundamental factors that could limit investment demand: The uncertainty related to geopolitical tensions and sanctions is still holding investors back and it is likely to take some time until their confidence is restored.

The economy continues to grapple with serious inefficiencies in factor allocation, reflected, e.g., in limited labor mobility, and also with the weakness of the institutions that regulate markets, which leads to significant variation in how the rules of law are applied.

Private investment would need to be assured of a level playing field, with more opportunities for competition and fewer for corruption. Systematically lower investment rates will ultimately lower Russia’s prospects for higher growth in the next few years and limit the already modest potential for growth.

The impact of sanctions is likely to linger for a long time. As lessons from international experience demonstrate, sanctions could well alter the structure of the Russian economy and the ways in which Russia integrates with the rest of the world.

Early glimpses of changes in the Russian economy are already visible, notably a shift in orientation away from Europe and the West and efforts at closer integration with East Asia, Latin America, and former Soviet Union republics. Other changes take a more protectionist direction, with a growing footprint of the state on the economy.

But no matter what shape the new economic era for Russia takes, risks related to how to successfully adjust to the new oil price and sanctions environment will need to be managed:

(1) Despite the path to more selective integration into the world economy, Russia will continue to depend on natural resource exports. Here a serious challenge will be to assure progress in adopting technology that can support exploration of less accessible oil and gas fields.

(2) Future growth in productivity may well be threatened if natural resource revenues are not invested to improve long-run growth prospects, particularly given restricted access to external financing. Specifically, less foreign direct investment could limit the transfer of innovation and technology that is critical to heighten Russia’s growth potential.

(3) Finally, as long as access to external finance continues to be a constraint, a policy of careful management of financial sector risks and buffers will be vital. Adhering to inflation targeting within a flexible exchange rate regime will help keep international reserves adequate. A greater focus on the efficiency of spending and prudent management of fiscal buffers is necessary to ensure continued fiscal sustainability at all administrative levels.

The current World Bank baseline outlook, however, sees the national poverty rate increasing from 10.8 percent in 2013 to 14.2 percent in 2015 and 2016. Poverty is expected to increase because real disposable income and consumption will decline. This would be the first significant increase in poverty rates since the 1998-1999 crisis.

Russia weathered the 2008-2009 crisis well as disposable incomes continued to grow slightly. Given the current limited fiscal space, additional support for the poor and vulnerable is likely to be less generous than it was during the 2008-2009 crisis.

Although people at the bottom of the income distribution are the most vulnerable, there will be less opportunity for an increase in shared prosperity in 2015-2016, and there is a worrisome possibility that recent achievements might be reversed. 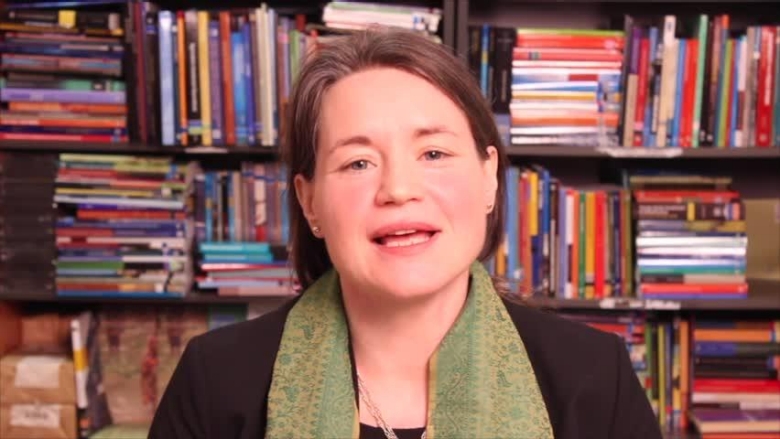