How Wealthy is Russia? 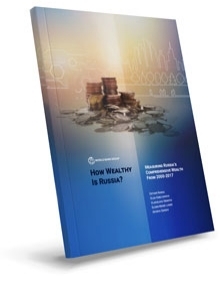 How Wealthy is Russia?
Measuring Russia’s Comprehensive Wealth from 2000-2017

Russia, the world’s largest transcontinental country and spanning eleven time zones, is richly endowed with natural resources. This vast country plays a crucial role in global energy and resource markets, and is the main trading partner for many of its neighbors.

But how wealthy is Russia? How does Russia’s wealth compare to other countries? And how are the returns on this wealth distributed amongst Russian citizens?

On average, Russia’s “return on wealth” – the ratio of GDP to wealth – has been around 7 percent for the 2000–2017 period, which is similar to the average of upper middle-income and high-income countries. However, it is lower than the 8-10 percent return on wealth in Eastern European countries such as Bulgaria, Hungary, and Poland.

Measuring the evolution of two measures of shared prosperity – income growth of the bottom 40 percent of the population, and growth in median income – reveals that, while sizeable during the boom years, Russia’s shared prosperity premium has been shrinking in recent years.

Russia’s dependence on its non-renewable assets poses a specific development challenge, with its large share of carbon-based wealth facing increased risk due to future price uncertainty and large-scale attempts at global decarbonization. To maximize the return on wealth, Russia’s needs policies that rebalance its wealth portfolio.

Rebalancing the portfolio and mitigating the risks of stranded assets will require Russia to diversify its wealth portfolio away from its fossil fuel sector and towards other productive capital, in particular, human capital. This will involve, in the short-term, maintaining the fiscal rule – a necessary though not sufficient condition for diversification.

The new fiscal rule has substantially curbed the economy from oil price volatility, and in order to further entrench its credibility, it will be important to refrain from investment of the National Welfare Fund in domestic assets.

Russia’s produced capital per capita is almost a fourth of the OECD average. Increasing produced capital would require improving the investment climate, which could be done through creating a level playing field for firms, enhancing competition conditions, and streamlining regulatory requirements.

This would mean: reversing the trend towards cartelization of the economy, especially in public procurement; promoting competitive neutrality principles among state-owned enterprises (SOEs) and private sector actors; and ensuring the transparency of state support and privileges to minimize competition distortions.

Although renewable resources make up a smaller share of Russia’s natural capital, they can produce benefits in perpetuity if managed sustainably. An immediate priority is reducing forest fires, which are the main factor driving forest loss. Russia is home to 20 percent of the world’s forest resources, and between 2015-2018, fires on both forest and non-forest lands increased 2.4 times.

Another area is “green finance”, which could help mobilize the required funding for financing sustainable growth. As a rough approximation, in 2017 Russia's forests (excluding reserve forests) provided absorption of more than 638 million tons of CO2 equivalent or around 30,000 billion rubles (over US$ 500 billion).

The waxing and waning of two measures of shared prosperity – growth in incomes of the bottom 40 percent of the population, and median income – coupled with the overall macro-economic conditions, underscores the importance of increasing returns to Russia’s wealth, as well as pursuing policies that distribute these returns more equitably. 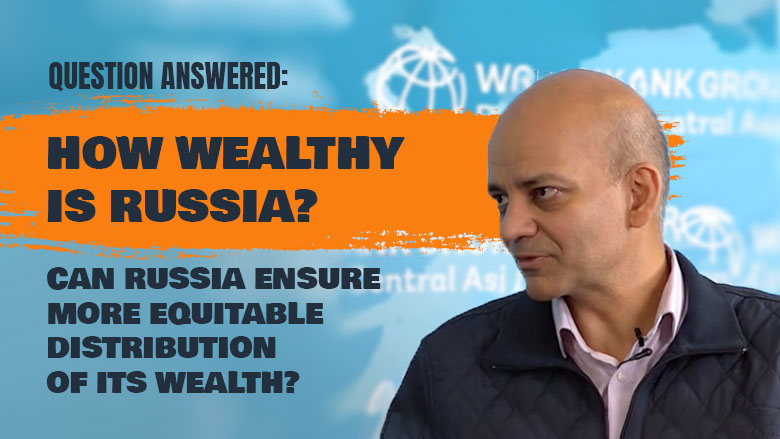