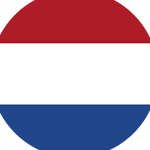 The World Bank In The Netherlands