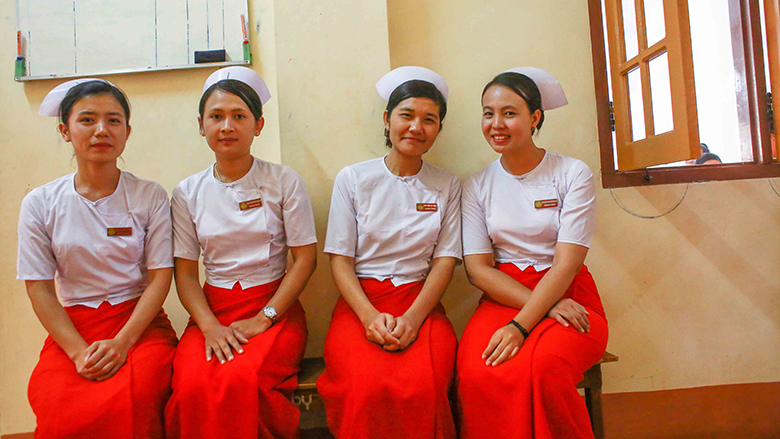 There are more than 24 million jobs in Myanmar, consisting of both income and in-kind earning activities. These jobs are behind Myanmar’s enviable recent economic growth rates and are the main source of income for households, particularly poor households, and they can strengthen social cohesion, a particularly valuable outcome in an ethnically diverse and conflict-affected country. Building on the Myanmar government’s Myanmar Sustainable Development Program (MSDP), which provides a framework for jobs policy reform, Myanmar Future Jobs: Embracing Modernity identifies priority areas that could have the greatest impact in each sector.

More than 90 percent of Myanmar’s jobs are low-productivity and low-paid in agriculture, household enterprise or small firms.

Despite stagnation in the sectoral distribution of jobs, an increase in job productivity and earnings has significantly enhanced the well-being of the population.

There are three broad ways in which jobs can be improved: by creating more jobs, improving existing jobs and making jobs more inclusive. This report recommends 10 policy actions aimed at achieving all three of these outcomes.

4. Develop agro-value chains to build up the rural micro and small enterprise sector

5. Lower the cost of migration, including to jobs outside of Myanmar

6. Increase the productivity of household enterprises and micro enterprises

7. Enhance the skills of the labor force