Mozambique Economic Update: Making the Most of Demographic Change 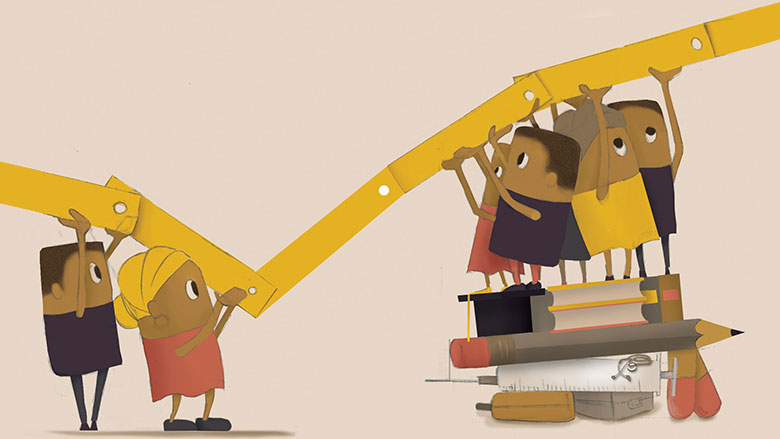 MAPUTO, December 22, 2017—Developments in the second half of this year indicate that a slowdown in Mozambique’s economic performance may be taking hold, shifting this once fast-growing economy to a more modest pace of economic growth barely above that of population growth.

GDP growth is set to dip to 3.1 percent in 2017 despite substantial growth in the country’s coal and aluminum exports. Whilst these have boomed, Mozambique’s small and medium enterprise sector has fallen even further behind, especially manufacturing, which has contracted for the first time since 1994.

The World Bank’s new Mozambique Economic Update (MEU) notes that small and medium enterprises are crowded and that not even the sizable growth of commodity exports is sufficient to counteract the effects this is having on the economy. The level of concentration has also increased in 2017: Just a few commodities dominate exports, representing a larger share of foreign currency inflows, which heightens the country’s exposure to external shocks.

"Our analysis estimates that reducing fertility levels would represent an enormous boost: an estimated increase in real per capita GDP of 31 percent by 2050."
Peter Holland
World Bank Program Leader for Human Development

Hence, the trends observed in 2017 make it clear that Mozambique needs to redouble its efforts to support small and medium  and to look beyond the extractive sector for more balanced growth.

Making the most of demographic change

In order to examine future demands on Mozambique’s economy, the special focus of this update discusses the challenge of transforming the country’s young population into a demographic dividend for future growth.

This is a more urgent than ever given the drift towards an economy based on the extraction of natural resources, with an otherwise low generation of employment.

Mozambique lags behind other sub-Saharan African countries in kicking off a demographic transition. From about 2000–2010, there was no progress at all toward a demographic transformation: In fact, already high fertility levels appeared to have risen. By 2011, the country’s total fertility rate was estimated at 5.9 children per woman on average—one of the highest rates in the world.

“Transforming Mozambique’s population trends into a demographic dividend is an immense challenge, but so are the potential gains,” said Peter Holland, World Bank Program Leader for Human Development. “Our analysis estimates that reducing fertility levels would represent an enormous boost: an estimated increase in real per capita GDP of 31 percent by 2050.”

To turn this into an economic opportunity, Mozambique needs to actively promote policies that would trigger a transition for women—job opportunities, better family planning services, and delaying the onset of early marriage.

The Bank’s new Economic Update also calls for a sharper focus on building skills for youth, with particular emphasis again on women and an economy that grows whilst generating productive jobs for the next generation of Mozambicans.

This report emphasizes that more needs to be done to stabilize the macroeconomic outlook and rebalance the policy mix with definitive fiscal policy measures. And, though monetary policy has been decisive, and contributed to stabilizing the currency at a critical time, it has also heightened the cost of credit.

Space is now opening for the monetary policy cycle to begin easing as inflation continues to fall, which would improve the private sector’s access to financing. This requires a tighter fiscal policy response and more sustainable levels of debt.

It would also require a more proactive approach to tackling the fiscal risks coming from weak state-owned enterprises, as well as necessitating increased transparency in the handling of the investigation into Mozambique’s hidden debts to restore both investor and donor confidence.