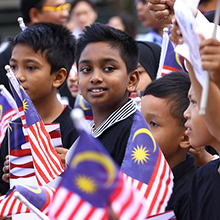 The World Bank In Malaysia

Over the past 50 years, Malaysia has successfully reduced extreme poverty and promoted shared prosperity. Its goal is to attain high-income and developed nation status while ensuring that shared prosperity is sustainable.