Aiming High: Navigating the Next Stage of Malaysia’s Development 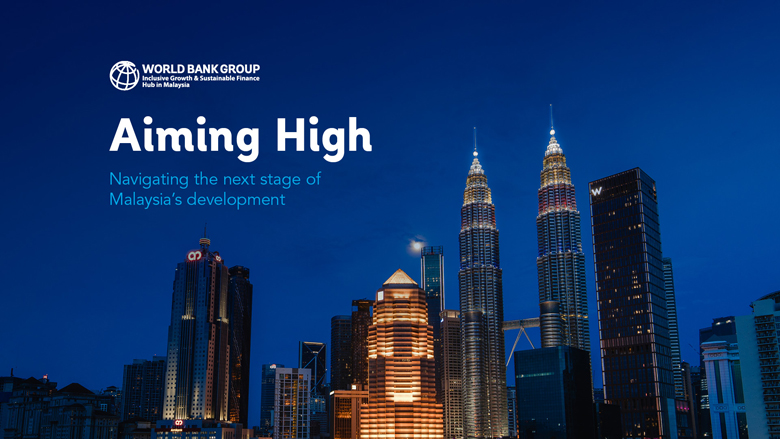 The Malaysian economy is approaching a significant juncture as it nears its transition into a high-income and developed economy.

Despite the triple shock of the COVID-19 pandemic, World Bank’s projections see the country’s likely transition from its current upper-middle-income economy to a high-income economy between 2024 and 2028.

This transition is not an easy one. In the past 30 years, only 33 countries have transitioned to high-income status.

Malaysia has seen great success in growing from a low- to upper-middle-income economy in just one generation.

These successes can largely be attributed to development policies consisting of the following pillars:

However, what worked in the past will not work in the future. Gearing up for a high-income transition will require different solutions to thrive.

Malaysia’s economy today is significantly different from its transitional and aspirational peers.

Domestically, there is a growing sense that the aspirations of the country’s middle class are not being met – that the economy isn’t producing enough well-paying jobs and that the proceeds of growth have not been equitably shared.

To compete with other high-income countries, factor accumulation is no longer sufficient to maintain growth. Instead, broader economic development, focusing on the quality, rather than quantity, of economic growth is needed. 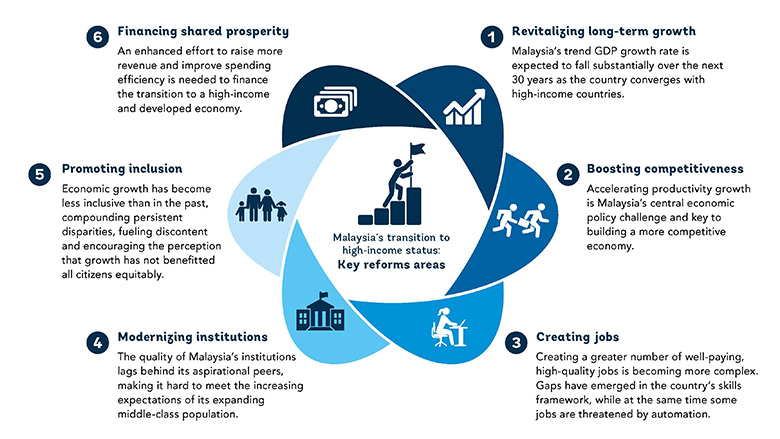 Achieving high-income status is almost a certainty for Malaysia, but navigating this next stage of development will require tough reforms in 6 key areas: