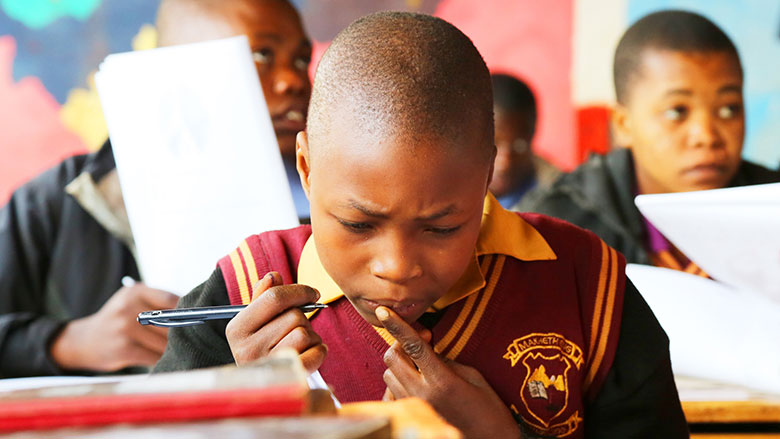 MASERU, December 18, 2019 – While Lesotho’s poverty rate is lower today than it was 15 years ago, poverty and inequality remain persistently high, according to a recently released Poverty Assessment produced jointly by the World Bank and the Lesotho Bureau of Statistics.

The Lesotho Poverty Assessment: Progress and Challenges in Reducing Poverty, finds that the poverty rate in Lesotho fell from 56.6% to 49.7% between 2002 and 2017, driven by a reduction in inequality as a result of the expansion of the country’s social protection programs and an increase in wage incomes among the poor. However, poverty is still widespread and economic vulnerability persists with more than 75% of the population either poor or vulnerable to poverty.

“We welcome this report which provides us with the necessary research to inform policies to improve the lives of Basotho,” said Hon. Tlohelang Aumane, Lesotho Minister of Development Planning. “Both poverty and inequality have decreased in Lesotho but much more can be done to improve access to basic public services especially in the rural areas, where most of poor people live.”

This assessment shows that between 2002 to 2017, urban areas experienced greater poverty reduction following improvements in education and increases in incomes from well-paying jobs largely in the services sector. During the same period, poverty in rural areas stagnated due to slow growth in agricultural incomes, a fall in remittances, which serve as a buffer when weather shocks occur, and vulnerability of the rural population to such shocks.

Poverty remains highly concentrated in rural areas where four out five of poor citizens live. According to the 2016 census, 66% of Lesotho’s two-million population lives in rural areas where agriculture plays a major role in livelihoods. Key challenges in the agriculture sector include climate change and environmental shocks. In 2015- 2016, Lesotho endured historically low rainfall, without which, the pace of national poverty reduction would have nearly doubled, based on a simulation done in this study.

The report also shows that despite the growing urban-rural poverty divide, inequality fell as a result of expansion of Lesotho’s social protection programs and an increase in wage incomes among the poor. Lesotho is now more equal than its neighbors, but with a Gini coefficient* of 44.6, it remains one of the 20% most unequal countries in the world.

The report makes several recommendations including:

Building resilience against shocks could be achieved through responsive social protection and reducing exposure to shocks, the report notes. Sustainable interventions that are important for risk mitigation include land management practices, protection of forests and woodlands, irrigation and improved management of water resources.

*The Gini coefficient is a frequent measure of inequality. It attains the value 0 if all resources are distributed equally, and value of 100 if one person has all resources.