MASERU, Lesotho, September 14, 2016 – Lesotho’s lack of adequate water supply infrastructure exposes its people and the economy to water shortages and could have significant impacts on the development trajectory for the Mountain Kingdom, despite the country’s abundant water resources, according to a World Bank study carried out with the Government of Lesotho.

The report, Lesotho Water Security and Climate Change Assessment, examines the implications of climate change for Lesotho’s future development and economy, focusing particularly on the different water infrastructure investments being considered by the Government of Lesotho. Through assessing the performance of the water management system the study tests how different adaptation strategies would affect water availability for different sectors under a wide range of possible future climatic conditions up to 2050.

Despite its abundant water resources, Lesotho remains vulnerable to the impacts associated with regular and recurrent floods and droughts, the report revealed. The floods in 2011 were the largest in the country since the 1930s, while the drought in 2015 –16 period was the most severe on record. All the climate models indicate that average mean surface temperatures will rise, but precipitation projections vary greatly.

“This analysis will not only help decision makers in Lesotho make robust choices to support their country’s sustainable development, it will help Lesotho in its efforts to develop resilience to overall future shocks in an increasingly unpredictable and variable climate,” said Guangzhe Chen, World Bank Country Director for Lesotho.

Water is one of Lesotho’s most valuable natural resources. The landlocked country’s water-rich highlands enable the water sector to contribute about 10% to gross domestic product (GDP). The Lesotho Highlands Water Project (LHWP) alone facilitated investments of more than US$3 billion and provided sustained revenues that amount to nearly US$800 million since 1996.

Surrounded by South Africa, Lesotho’s proximity to major demand centers in the region, along with the altitude and high-quality water, enables Lesotho to generate revenues through regional transfer schemes. However, the challenge for Lesotho has been balancing the development of water resources for export against the national priority to improve domestic levels of access and supply to agricultural, industrial and commercial sectors.

Modelling exercises showed that continued development of the Lesotho Lowlands Water Supply Scheme (LLWSS) is critical for the domestic and industrial sectors. In addition, they showed that exploring interconnections between the Lesotho Highlands Water Project (LHWP) and the Lesotho Bulk Water Supply Scheme (LBWSS) could enhance resilience and balance the opportunities afforded through the regional transfer of water with national priorities. Full development of the LHWP will increase the transfer capacity and would also support development of water supply and irrigation schemes in the lowlands.

The report also found that investments in expanding irrigation could increase incomes and enhance food security. Agriculture in Lesotho is almost entirely rainfed and therefore highly vulnerable to changes in precipitation, undermining efforts to improve food security. But adding 12,000 ha of irrigation could significantly impact crop production with additional maize, beans, peas, sorghum, and wheat ranging of 70,000 to more than 100,000 tonnes per year. This would represent an increase in yields of as much as 50%, depending on the climate scenario. 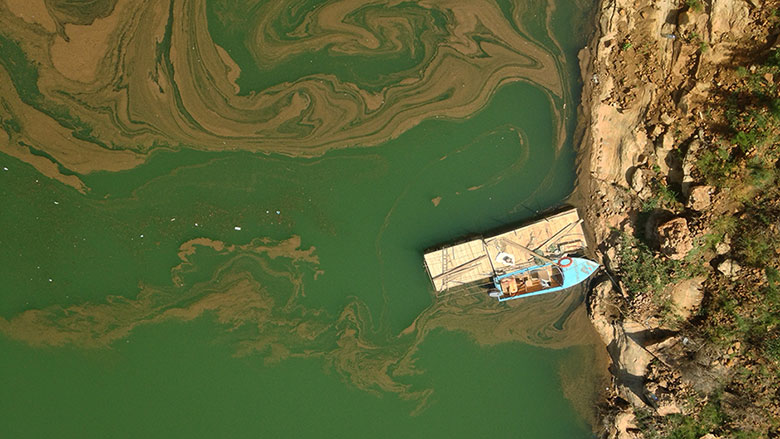