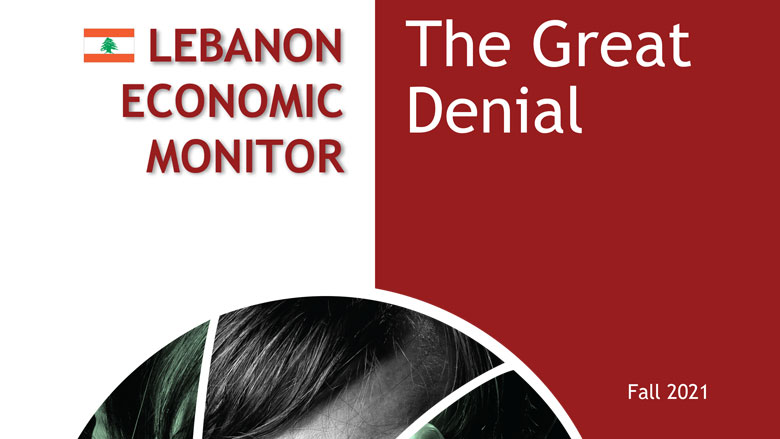 The scale and scope of Lebanon’s deliberate depression are leading to the disintegration of key pillars of Lebanon’s post-civil war political economy. The Fall 2020 issue of the LEM titled The Deliberate Depression argued that the depression was self-imposed, or more precisely, imposed onto the general population by the elite that has long ruled the country and captured the state and its associated economic rents. This capture persists despite (1) a crisis estimated to potentially rank among the top three most severe economic collapses worldwide since the 1850s, (Lebanon Sinking (to the Top 3)), Spring 2021 LEM); and (2) non-confessional and, at times, massive popular movements.

Real GDP is estimated to decline by 10.5 percent in 2021, on the back of a 21.4 contraction in 2020. In fact, Lebanon’s GDP plummeted from close to US$52 billion in 2019 to a projected US$21.8 billion in 2021, marking a 58.1 percent contraction: the highest contraction in a list of 193 countries. The deliberate depression is creating long-lasting scars on the Lebanese economy and society: basic public services are failing; increasing numbers of Lebanese are migrating, especially those that are highly skilled. Meanwhile, the poor and the middle class, who were never well served under this model in the first place are carrying the main burden of the crisis. Monetary and financial turmoil along with surging inflation continue to drive crisis conditions. Exchange rate pass through effects have implied surging inflation, which is estimated to average 145 percent in 2021—the 3rd highest globally after Venezuela and Sudan.

As repeatedly called for, Lebanon urgently needs to adopt and implement a credible, comprehensive, equitable reform plan if it is to avoid a complete destruction of its social and economic networks and immediately stop irreversible loss of human capital.