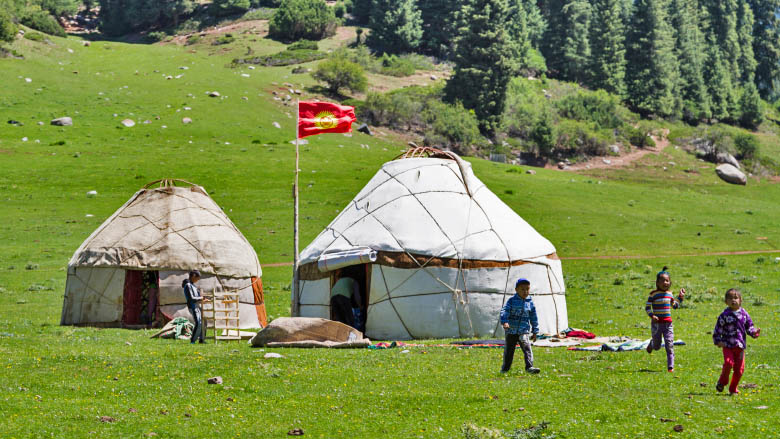 Following the significant changes in the political and economic development of the Kyrgyz Republic, it is essential to now take stock and assess the impact of economic growth on the welfare of the country's citizens.

But while economic growth is important, it is not the only factor ensuring sustained improvements in the welfare of the population. Progress in shared prosperity could be achieved only in the context of inclusive growth, when all groups of the population - and especially the bottom 40 percent - benefit from income growth.

A World Bank report, Kyrgyz Republic: Poverty Profile For 2013, provides an overview of how poverty (in monetary and non-monetary terms) and employment in the Kyrgyz Republic have been changing over the last decade, and describes the living conditions of poor and non-poor groups of population.

The overall objective of the report is to inform policy thinking and contribute to development dialogue in the country, focusing particularly on how historic developments in economic growth have impacted poverty, employment and specific groups of population.

The Kyrgyz Republic has achieved large reductions in poverty over the past decade, but in recent years this progress has stagnated. Aided by growth in remittances and employment abroad, poverty declined from 68 percent in 2003 to 37 percent of population by 2013. However, simply looking at two end points masks great variation in the pattern of poverty changes.  Analysis of annual poverty trends shows that poverty dramatically fell during 2003 and 2008, but has since stagnated at around 37 percent.

Labor out-migration and associated remittances fueled the domestic economy that led to growth in domestic labor income. As a result, poverty declined, but this model of poverty reduction is unlikely to be sustainable going forward.

The domestic labor market and job creation are increasingly becoming a focus for policy makers. Increasing the share of the middle class and fostering favorable conditions for entrepreneurship and growth of the SME sector are policy directions that need more attention.