Energy and Water in Kosovo 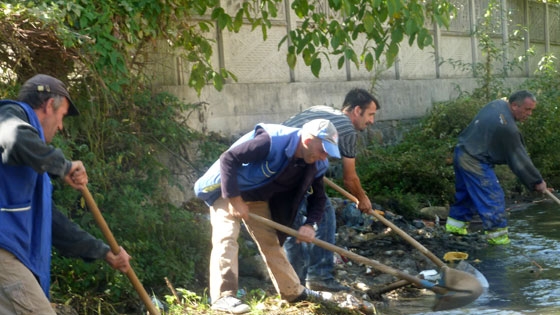 From renewable energy to hydropower to waste management, water is an inherent component of Kosovo’s energy strategy and fundamental to the World Bank Group’s energy engagement in the country. The World Bank supports Kosovo’s water sector through the Kosovo Water Security and Canal Protection Project. The project, signed between the World Bank and the Government of Kosovo on January 27, 2017, aims to restore the main water conveyance canal in Kosovo – Ibër-Lepenc Canal – to its original capacity, improve its operational efficiency and create storage for uninterrupted service during calamities or canal maintenance.

The Ibër Canal is a multipurpose water conveyance system used for energy production, mining, industrial, agricultural, and household use. Central Kosovo, including the capital Pristina, depends almost entirely on this canal to meet its water needs. Built in the 1970s, the canal infrastructure has deteriorated over the years, however. Physical damage and pollution, as a result of landslides and mudslides, unstable soil, runoff from the surrounding farms and streets, garbage, and other debris, have affected the transit capacity of the canal, as well as the quality of its water.

The EUR 22 million project will ensure that more reliable and better quality water benefits approximately 500,000 people residing in the central Kosovo canal basin, in terms of drinking water, industrial uses, and irrigation uses. The project, implemented by the Ministry of Economic Development and the Ibër-Lepenc Joint Stock Company, will have a significant impact on the energy sector, as it provides cooling water for the thermal power plants Kosovo A (partially) and Kosovo B (fully), and will do so for the proposed new power plant.

Beyond the modernization of the Ibër-Lepenc Canal, the World Bank is also supporting Kosovo’s water sector in terms of its energy challenges. One important element of this support is the rationalization of irrigation energy use. Along the Ibër-Lepenc Canal, some 20,000 ha of irrigation were equipped in the past, but only 10% is currently in use. Due to agricultural constraints, coupled with technical design features, it is currently very difficult and costly to provide irrigation service – and it comes at a high energy cost. Secondly, the Bank is appraising support to the development of an irrigation investment framework, where the sector will be considered in terms of both its energy use in pumping, as well as the resource trade-offs and opportunities in water allocation across sectors, including the hydropower sector.