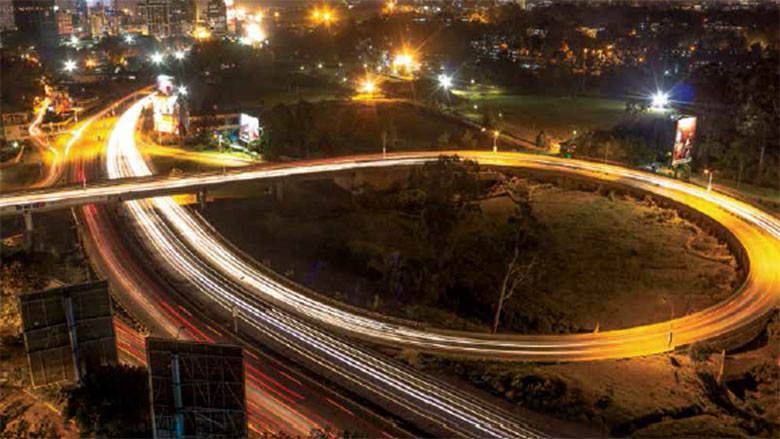 NAIROBI, March 8, 2015 — Driven by modern services, Kenya’s economic performance has improved significantly over the past decade, according to a new World Bank report released today.

The 2016 Kenya Country Economic Memorandum (CEM): “From Economic Growth to Jobs and Shared Prosperity, takes a bird’s-eye view of Kenya’s economy, zooms in on some of the key bottlenecks, and proposes some “how-to” ideas.

Between 2006 and 2013, 72% of the increase in gross domestic product (GDP) came from services, the report notes. Expansion in services such as financial intermediation and mobile communications have also stimulated demand for other services, such as trade, according to the report.

The report also shows that agriculture, the mainstay of Kenya’s economy, and manufacturing have stagnated and  have not created enough jobs for Kenya’s growing working age population. Most of the jobs are created by the informal economy and are concentrated in low-productivity areas such as trade, hospitality, and jua kali, entrepreneurs who can be hired to do just about any task.

“Improving the ease of doing business is vital for job creation and higher productivity. However, there is still a need for creating job opportunities for the rural poor, for poverty reduction and achieving shared prosperity,” said Apurva Sanghi, World Bank lead economist and program leader for Kenya. “Reviving agriculture, in particular, remains the pathway for poverty reduction.”

According to the report, accelerating growth to meet Kenya’s development goals requires technological advances and innovation that raise firms’ productivity, as only a few Kenyan firms have come up with products that are actually new to the domestic market. It will also require macroeconomic stability to boost investment and savings, the report adds. As the government strives to build its energy and transport infrastructure, the report recommends improvements in the public investment management process and better execution.

The report also highlights the recent discovery of oil as an opportunity for raising Kenya’s growth. If used prudently, it can contribute to achieving the country’s Vision 2030 goals, and with appropriate management of resource revenues, it can generate resources that could be used to raise public investment, human capital, and productivity in the non-resource sectors of the economy.

The Country Economic Memorandum is a strategic World Bank product that analyzes key aspects of the country’s economic development, with the main aim of providing an integrated and long-term perspective of the country’s development priorities. This particular edition of the Kenya CEM has benefitted from extensive review from various stakeholders, including the government, academia and private sector.